Turn In Poachers and Polluters (TIPP) Note: Changes or updates to the guide may occur after it is printed, so the online version of the guide is the most up-to-date.

View the French version of the guide 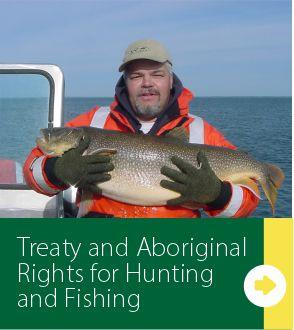 The United States Department of Agriculture (USDA) has specific instructions for hunters looking to bring meat from game birds hunted in Canada back to the United States.

The USDA also recommends that boots and any equipment used to process the carcasses should be clean and visibly free from dirt, blood and tissue.

Hunters cannot bring cooked or cured meat and meat products (such as sausage or jerky) back to the U.S. because there is no way to identify the species of wild bird.

These restrictions are subject to change. For current information on the import of harvested meat, refer to: USDA APHIS | Allowance of Hunter Harvested Wild Bird Game Carcasses from Canada or contact APHIS Animal Product Imports at 301-851-3300 option 4, or at apie@usda.gov.

Changes to Trespass Legislation: The rules for accessing land for hunting have changed. As of January 1, 2022, it is illegal to enter any land without the consent of the owner or occupant of the land. You must obtain consent for land access prior to entry. This requirement does not apply to vacant provincial land as defined in The Provincial Lands Act, 2016 or other land or Crown land that is in the regulations (road allowances).

Fall Black Bear Hunting Season: The fall black bear season has been extended to provide additional hunting opportunities. It will now close Oct. 31 in all WMZs.

Chronic Wasting Disease (CWD): CWD is widespread south of the boreal forest across the province and has been found in 59 WMZs. It is common in mule and white-tailed deer, and has also been found in elk and moose. This year, we will be accepting sample submissions province-wide, with a specific focus on samples from zones 2W, 9, 10, 35, 37 and boreal transition zones 50 and 55.

For more information on CWD, dumpster locations and results of the 2021-22 CWD Surveillance Program, visit saskatchewan.ca/CWD.