Saskatchewan 911 Service To Be Transferred to New Crown Corporation

Crown Will Oversee 911 and Emergency Dispatching Services for the Province

“This new Crown will help meet the needs of our rapidly-growing province and current technology demands to ensure we can continue providing excellent emergency communications services for all Saskatchewan residents,” Doke said.  “Under this new structure, governance will be streamlined and the province will be in a better position to meet future needs and expand emergency services accordingly.”

Since 2006, the province has co-managed provincial emergency communications services through a partnership with the City of Prince Albert.  The establishment of this new Crown provides an opportunity to transform the way in which government delivers critical 911 emergency services in the province.  Once established, the SPSA’s first priority will be to work with the City of Prince Albert and other stakeholders to ensure a seamless transition of 911 services.

The new Crown will report to the Minister of Government Relations. 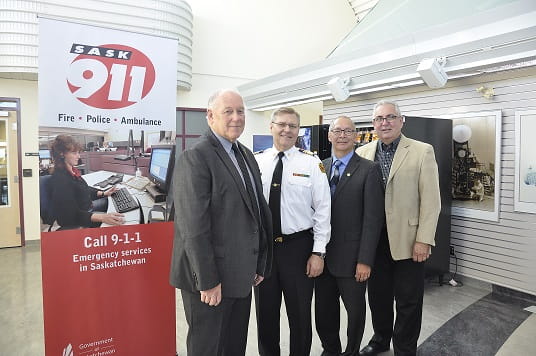 “Saskatchewan has grown immensely over the last decade and this new model is ideally suited to ensure communication services continue to be delivered in the most effective, efficient way possible with our experienced staff,” Doke said.  “I would also like to thank the City of Prince Albert for all that they have done to help keep Saskatchewan residents safe.”

A new facility located near Prince Albert will serve as the provincial emergency communications centre for all areas except Regina and Saskatoon, which will retain their emergency dispatching centres and continue to report to government through the new Crown.

The 911 emergency service fees, which are applied to cellphone and landlines within the province, will also be raised.  The fee will rise by $0.32 per month.  This increase will take effect January 1, 2018.  The 911 fees have not been adjusted since 2010, while the call-taking fees for landlines have not been increased since 2003.

Since 2015, the province has invested an additional $3 million annually into new information and communications systems.  That means better service for cellphone emergencies, and new features such as text-to-911.  All revenue generated from this fee goes to support emergency services, infrastructure and dispatching in the province.  It is not directed to the province’s General Revenue Fund.

In 2016, emergency dispatch centres across the province received more than 340,000 calls.  To learn more about the provincial 911 system, visit www.saskatchewan.ca/residents/emergency/sask911#line-fees.