"Biomonitoring" – or the laboratory analysis of body fluids – can be used to identify the presence of certain chemicals in humans. Biomonitoring gives a "snapshot in time" of the quantity of a given chemical in the body. It does not tell the source, duration or route of exposure. It may not provide information as to whether a particular level of the chemical is a risk to health.

In 2011, the Alberta government approached the Saskatchewan Ministry of Health regarding collaboration in a study to identify the presence of certain chemicals in the blood of Northern Saskatchewan residents.

The study found that most of the environmental chemicals tested were lower than or comparable to previously reported levels in pregnant Alberta women.

The study has now been completed and is available below: 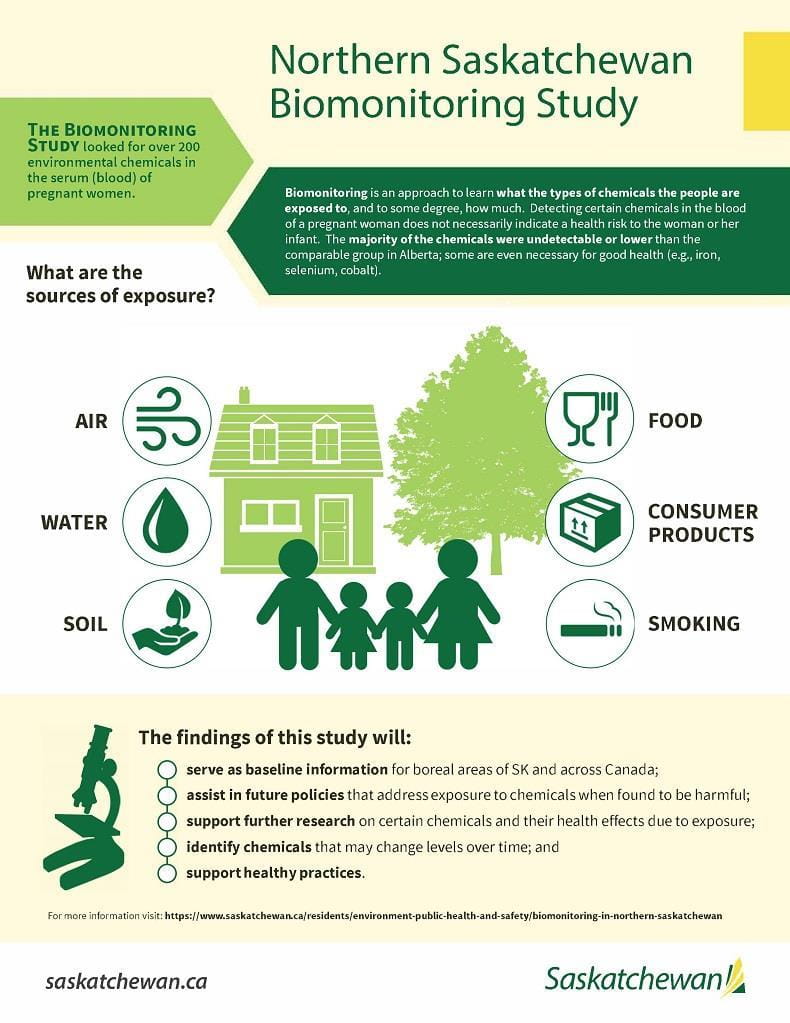