The Royal Saskatchewan Museum (RSM) in conjunction with the University of Regina just concluded their first year of monitoring urban wildlife in and around Regina. The Regina Urban Wildlife Research Program began in fall 2021 and aims to provide a better understanding of what kind of wildlife is found within the city and which parts of the city provide important habitat for wildlife.

"The Royal Saskatchewan Museum is an exciting destination for Saskatchewan residents and visitors, while also serving as a centre for excellence when it comes to research," Parks, Culture and Sport Minister Laura Ross said. "This important study is one of many innovative projects taking place right here in Saskatchewan." 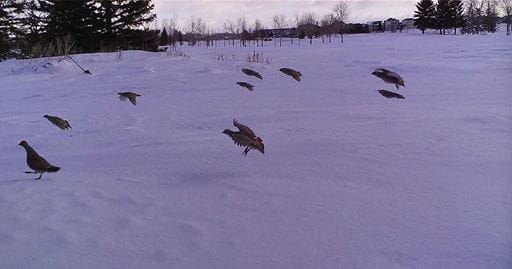 The RSM set up 17 biodiversity monitoring stations that consist of trail cameras to monitor large mammals and microphones that record bird songs and bat calls. These stations are active for one-month periods in the spring, summer, fall and winter.

"Cities like Regina can provide valuable habitat for the conservation and management of wildlife," RSM Curator of Vertebrate Zoology Dr. Ryan Fisher said. "So far, the project has recorded 13 species of mammals on camera, ranging from moose to white-tailed deer to American mink. Interestingly, most of the observations of these large mammals occurred at night, when humans aren't as active."

The songs of 41 species of birds were recorded in the fall and winter periods and researchers are currently listening to the recordings from the summer when there are a lot more bird species in the city.

The stations are evenly distributed at locations in the middle of the city, on the edges and in more natural areas well outside the city boundaries. 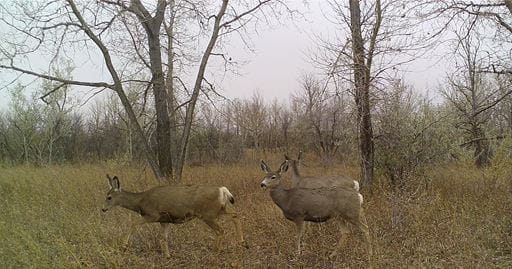 "This design helps researchers understand how different levels of urban development influence wildlife," Dr. Fisher said. "Over the last year, trail cameras were active for over 50,000 hours of monitoring and microphones recorded over 500 hours of audio recordings - lots of information for the team of researchers to wade through."

This will be an ongoing research project in Regina and the RSM plans to expand into new areas of the city in 2023.

Dr. Fisher reminds residents that if they do see the research equipment, please do not disturb it.

The RSM is also excited to announce that they have partnered with the Saskatchewan Science Centre to develop a citizen science urban wildlife project in Regina that will launch in spring/summer 2023.

Keep on the lookout for announcements about that project.