Saskatchewan grew by 6,465 people in the second quarter of 2022 - the largest population jump in any three-month period since Statistics Canada started releasing quarterly population counts in 1971.

"Saskatchewan's economy is firing on all cylinders and creating thousands of new jobs," Trade and Export Development Minister Jeremy Harrison said. "That's attracting more people than ever to our province." 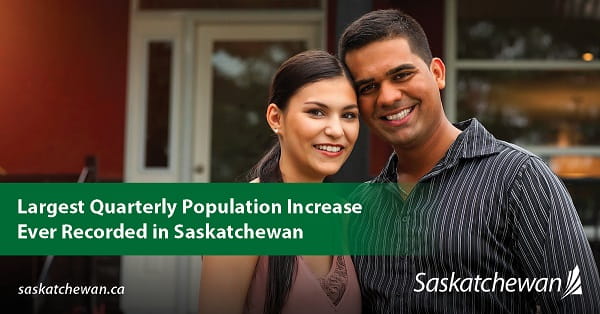 "Saskatchewan has plenty of opportunities, welcoming communities and a more affordable cost of living than most other places in Canada," Harrison said. "A strong economy and a growing population means a better quality of life for all Saskatchewan people.

"That's growth that works for everyone."