Are you hunting deer, moose or elk this season? If you plan to hunt in wildlife management zones 2W, 9, 10, 35, 37 or 50, the Ministry of Environment encourages you to submit your animals for chronic wasting disease (CWD) testing. These zones - the boreal transition zones and those along the eastern border - are specifically targeted for testing this year, as there is a risk of the disease expanding in these areas.

"Saskatchewan offers some of the best hunting opportunities in the world and hunters in our province play an essential role in the detection and surveillance of chronic wasting disease," Environment Minister Dana Skoropad said. "Submitting animals for testing helps the ministry monitor and manage the spread of disease, which helps keep overall wildlife populations healthy and hunting opportunities strong." 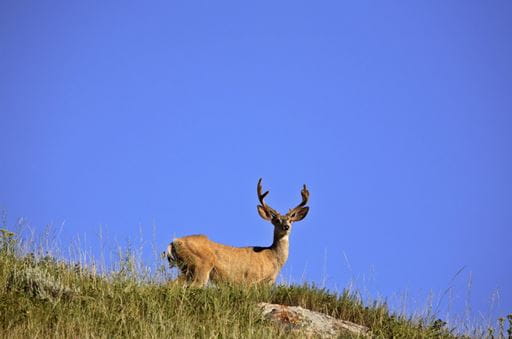 CWD is an infectious central nervous system disease in cervids such as deer, moose and elk, for which there is no known cure. It is always fatal in affected animals, and high infection rates can impact populations. Over the past 25 years, the disease has become established across most of southern Saskatchewan. It has been found in recent years in white-tailed deer in the southern boreal forest region and could spread to other species, including caribou. Testing in zones 2W, 9, 10, 35, 37 and 50 will provide important information for the ministry to monitor the spread of CWD and the overall welfare of Saskatchewan's cervid populations.

Testing is easy and free of charge. It is available for cervid species from any zone in the province, but the priority is for heads collected from the wildlife management zones along the boreal fringe and the eastern border. While primarily found in deer, CWD has also been detected in moose and elk. To better understand the distribution and rate of disease in these species, hunters are encouraged to submit moose and elk for testing, particularly in areas where CWD is known to occur in deer populations.

Heads can be submitted for testing at designated drop-off locations across the province throughout the hunting season. Prior to dropping off heads for testing, you must obtain a CWD tracking number from the cwdsk.ca website. For more information, a complete list of drop-off sitesand how to submit a sample for testing, visit saskatchewan.ca/cwd.

Although there are no documented cases of CWD in humans, hunters are advised to refrain from eating or distributing meat that has tested positive. If your animal tests positive, you should dispose of the carcass and meat. Processed meat may be double-bagged and disposed of in regular household waste, in limited quantities. Carcasses and larger amounts of meat should be disposed of in a landfill. Please contact your local landfill operator prior to disposal, as not all landfills accept animal carcasses.