Though there was general precipitation across the province this past week, additional rainfall is still needed in many areas. Some regions experienced flooding and drowned-out crops due to receiving extremely high volumes of rain in a short period of time; producers in these areas hope this water will soak in quickly and the effect on crops will be minimal. In the west, where conditions remain very dry, the rainfall was welcome for crop land and pastures, although the rain did delay the start to haying season for some producers.

Crop development has been slow due to early season drought conditions in the west and excess moisture in the east. Producers are hoping for improved conditions throughout July to ensure their crops develop properly. The majority of crops in the province are in fair to good condition. Provincially, 76 per cent of fall cereals, 58 per cent of spring cereals, 46 per cent of oilseed crops and 69 per cent of pulse crops are at their normal stages of development for this time of year.

Rainfall continues to be highly concentrated in the east but there was some good precipitation received this week in the west; more is needed, however, to ensure adequate crop growth throughout the hot summer months of July and August. The Spiritwood area received 86 mm, the Broadview area 76 mm, the Lipton area 70 mm, the Kerrobert area 31 mm and the Cabri area 23 mm. Many areas in the southwest only received one to five mm and the crops in those areas are beginning to show signs of severe drought stress. 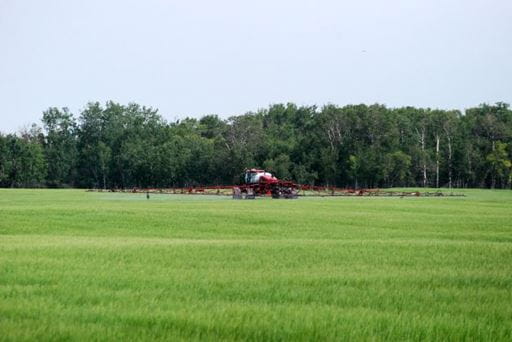 Haying operations are just starting in the province. Growth in the west was delayed early in the season due to drought; the hay crop in many areas has also not reached an acceptable height that will allow for cutting. Rain delayed hay cutting in the east, although the crops in the region appear to be in much better shape since they had adequate moisture early in the season to allow for recovery and growth. Hay quality is currently rated as 20 per cent excellent, 52 per cent good, 26 per cent fair and two per cent poor.

The majority of crop damage this past week was from heat, drying winds, drought, insects, gophers, flooding and hail. Gophers have become a serious problem in many rural municipalities across the province, with some producers stating that they have lost large portions of their fields. While the rain was a welcome sight to many this past week, it also brought flooding and hail which have left crops either drowned out or damaged.

Producers are busy trying to control disease in their fields by spraying their first round of fungicide on crops such as lentils and spring wheat. They are also continuing with herbicide and insecticide applications on competing weeds and insects in their crops. Livestock producers have started to get their haying equipment ready and should be in full swing soon.