Where rain was received this past week, crops have continued with normal development, while areas in the west central region that remain very dry the crops have begun to go backwards in development and condition. Crops in areas that have received semi-regular rain showers are faring much better and some producers are expecting a better crop compared to last year. Some grain producers in the southwest and west-central regions have begun desiccating some of their pulse crops to get them ready for combining as the heat and dry conditions has shortened the growing season. 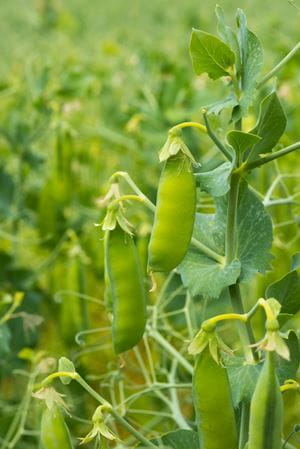 Rainfall varied this past week, ranging from none in many areas to 69 mm in areas around Bienfait. The Lipton area received 51 mm, the Duck Lake area 32.5 mm and the Kindersley, Eyebrow and Vanguard areas received 22 mm.

Due to a break in the extreme heat and some timely rains, crop conditions are largely rated as fair to good. Some areas of the province have large portions of crops rated as excellent with the highest ratings being seen in cereals.

Some adverse weather has made haying difficult for some producers and has resulted in lower quality hay than some were expecting. However, haying operations are now at 24 per cent standing, 24 per cent cut and 52 per cent baled or silage. Hay quality is rated as 19 per cent excellent, 62 per cent good, 18 per cent fair and one per cent poor. Hay yields for dry land hay range from 1.06 tons/ac to 1.84 tons/ac; for irrigated hay, the yields range from 2.16 tons/ac to 2.97 tons/ac. Some producers are able to replenish their feed stocks from last year while others are still worried about going into the winter short on feed.

Strong winds, drought stress, hail, heat, grasshoppers and crop disease were the main issues of concern. Many producers are still actively spraying fungicides to protect their crops from fungal diseases as they continue to get rain followed by hot days that create ideal conditions for pathogens. The most common diseases being reported are anthracnose, ascochyta and root rot on pulse crops like lentils and field peas, and some cereals are being pressured from fusarium and rust (stem, leaf or stripe).