The Water Security Agency has prepared the Water Supply Conditions and Outlook report for July. While rainfall varied across the province in June, lake and reservoir levels across most of Saskatchewan are near normal and surface water supplies have improved over the past month.

Below is a snapshot by area: 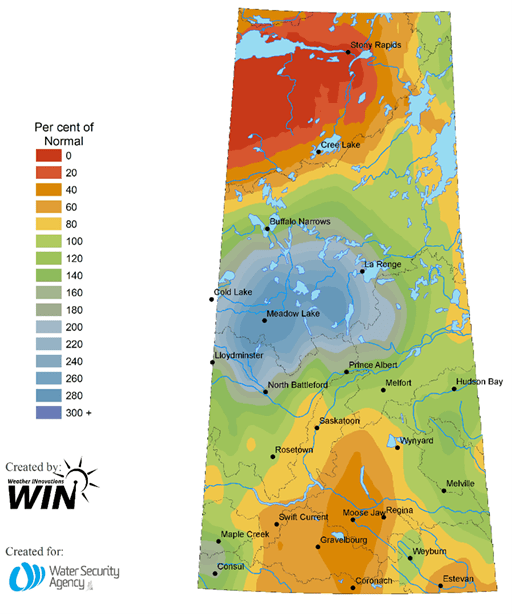 Southeast
In the southeast corner of the province, lower than normal rainfall helped dry out areas that had become saturated, allowing flows to recede. The central grain belt also saw lower than normal precipitation resulting in drier than normal soil conditions there. Heavy rainfall localized in the upper portion of the Wascana Creek Basin generated high runoff resulting in some flooding of agricultural land in the Kronau Marsh area.

Southwest
Southwest Saskatchewan saw above normal rainfall helping to continue to improve conditions from last year's extremely dry conditions; however, most of this region still has below normal moisture levels.

The full report can be found at wsask.ca. The agency continues to monitor water supply across the province and will produce supply reports monthly through to November 2022.