The Government of Saskatchewan, the Government of Alberta and the Alberta Conservation Association are providing nearly $1.3 million in funding toward the research and development of a vaccine for chronic wasting disease (CWD) over the next five years.

"This shared funding agreement has the potential to yield an effective tool to protect our cervid populations across the prairies," Environment Minister Warren Kaeding said. "A vaccine could assist in reducing challenges faced with premature fatalities in the animals, as well as offering a reduction in transmission across more than just our two provinces."

CWD is a fatal, infectious disease of deer, elk, reindeer and moose (cervids) that affects the central nervous system. Caribou, a subspecies of reindeer in Canada, are also susceptible. 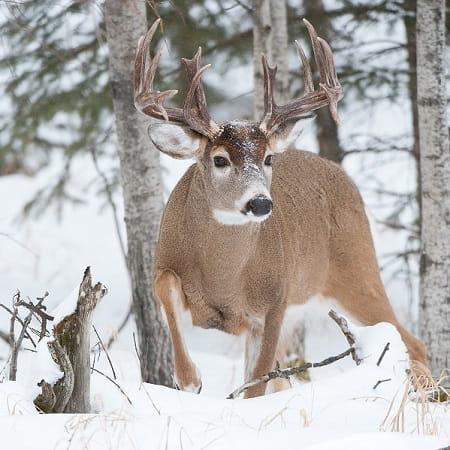 Saskatchewan will provide $400,000 to be dispersed from the Fish and Wildlife Development Fund, with a commitment of $50,000 for the first two years and $100,000 in each of the remaining three years.

"The ongoing spread of CWD through wildlife populations threatens a natural resource of considerable economic, ecological and social importance," Alberta Minister of Environment and Parks Jason Nixon said. "An effective oral vaccine for CWD would complement other science-based strategies to limit the prevalence and spread of CWD in wildlife populations in Alberta and beyond."

CWD has been detected in wild cervids throughout most of Saskatchewan south of the boreal forest, with the highest infection rates in the western and central portions of the province, as well as the northeastern areas around Nipawin and Carrot River.