Today, Statistics Canada is reporting growth in Saskatchewan's merchandise exports, increasing 47.5 per cent in October 2021 compared to October 2022, the highest increase among provinces.

"Saskatchewan remains a strong, sustainable supplier of products the world needs," Trade and Export Development Minister Jeremy Harrison said. "It's clear that our province has the resources to serve a growing population, and we will continue to support and expand our export sectors to create good jobs, generate wealth and attract investment." 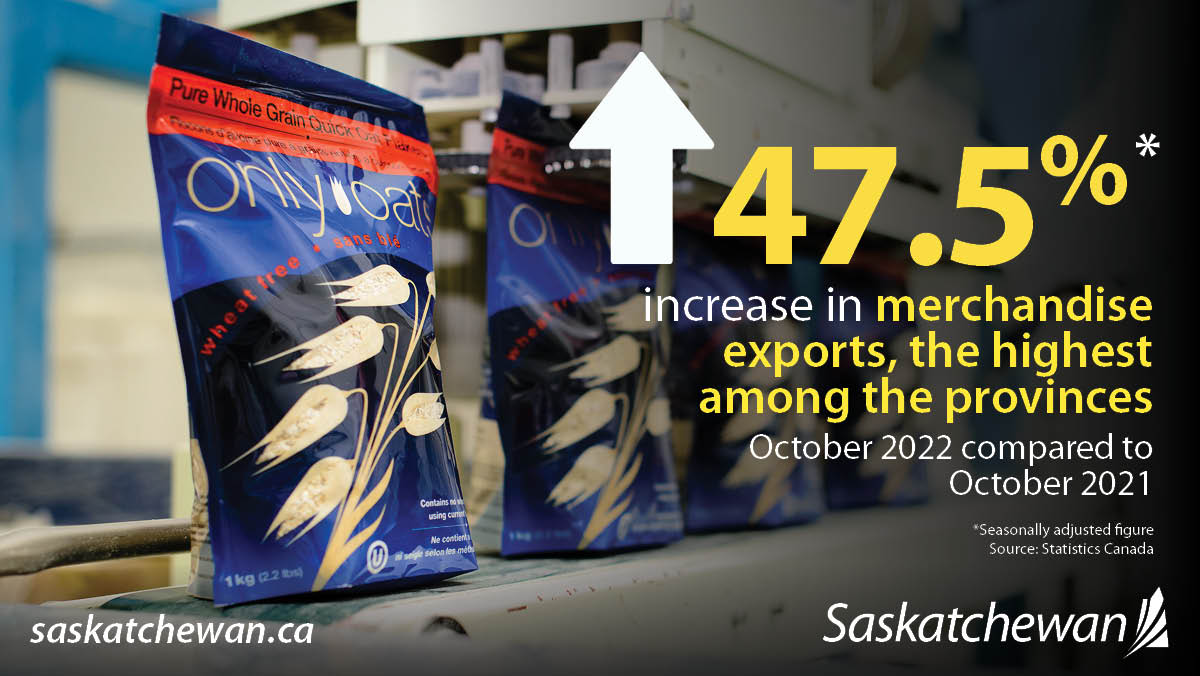 Merchandise exports in Saskatchewan increased by 22.1 per cent in October 2022, compared to September 2022, while the first ten months of this year saw an increase of 43.2 per cent, compared to the same period in 2021. This places Saskatchewan second among the provinces in percentage change in both areas.

Metal ores, non-metallic minerals, and industrial machinery, equipment and parts lead the year-over-year export growth, with increases of 101.2 per cent and 67 per cent respectively.

Saskatchewan has had strong numbers in other key economic indicators in recent months, with October housing starts showing a 78 per cent increase compared to October 2021, ranking second among provinces. In November 2022 the province's unemployment rate fell to 4.2 per cent, the second lowest among provinces, and well below the national average of 5.1 per cent (seasonally adjusted).