"Economic growth is key to building a strong Saskatchewan and these retail trade numbers are yet another sign that we are moving full steam ahead," Trade and Export Development Minister Jeremy Harrison said. "We will continue to engage with our business community to ensure Saskatchewan is the best place to work and do business in Canada." 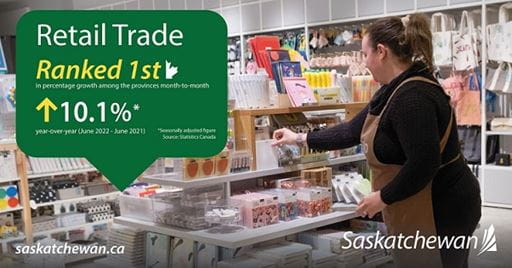 In June 2022, the total value of retail trade in Saskatchewan was nearly $2.1 billion.