The completion of five new passing lanes on Highway 14 west of Saskatoon will provide safer roads for motorists in the area.

Work began in June 2021 to build five passing lanes and resurface two and a half kilometres on Highway 14 between Saskatoon and Asquith. This $8.8 million project is part of a significant investment by the Government of Saskatchewan to construct 30 sets of passing lanes over two years, building on the addition of 27 sets of passing lanes in the last four years.

"Our government remains committed to improving the safety and efficiency of our key highway corridors," Highways Minister Fred Bradshaw said. "Residents and motorists have let us know how effective passing lanes are and I am very proud of this government's commitment to build new lanes this construction season."

Passing lanes are typically a minimum two kilometres in length and are strategically designed to allow motorists to safely pass, reducing congestion and improving traffic flow. Studies have shown passing lanes can reduce collisions by as much as 25 per cent. Highway 10, the province's first major passing lane pilot project, has seen 75 per cent fewer fatal accidents over the five years since its completion. 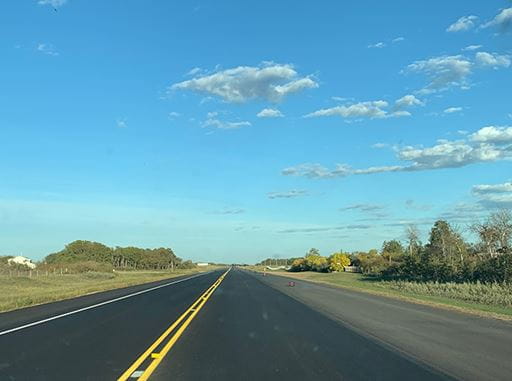 "This near $9-million investment in Highway 14 is greatly appreciated and will benefit not only residents, but also local businesses and industry in the area," Biggar-Sask Valley MLA  Randy Weekes said. "Safety is a big priority in rural Saskatchewan and these passing lanes make good on that priority."

Other passing lane projects planned for the 2021-22 and 2022-23 construction seasons include:

The Government of Saskatchewan is improving more than 1,350 km of provincial highways this year, the second of its 10-year Growth Plan goal to build and upgrade 10,000 km of highways. With this year's projects, the province is ahead of the pace needed to meet this target.

Another $300 million in highways stimulus funds is being invested over several years in thin-membrane surface upgrades, passing lanes and improvements to municipal roads and airports.