SaskTel is announcing today the successful completion of the Government of Saskatchewan's Wireless Saskatchewan initiative with the launch of the final 10 macro cell towers to be constructed as part of this program.  Bringing improved 4G LTE wireless service to previously underserved parts of the province, these new towers are located near the communities of Aberdeen (South), Candle Lake, Carrot River (East), East Fairwell, Kuroki, Makwa, Marean Lake, Mount Pleasant, Prince Albert (East), and Shaunavon (Southeast).

"Through Wireless Saskatchewan, SaskTel has greatly expanded their wireless network and significantly improved service for thousands of rural families, businesses, and producers," Minister Responsible for SaskTel Don Morgan said.  "With more than 1,000 SaskTel cell towers spread throughout the province, Saskatchewan has the best wireless coverage in Western Canada." 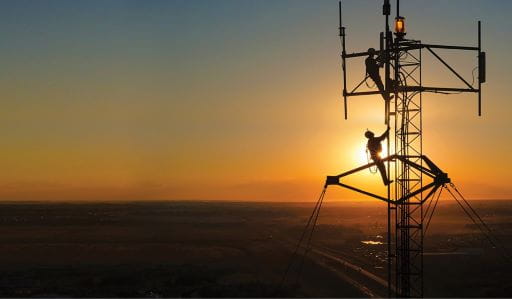 "At SaskTel, we are committed to being the best at connecting Saskatchewan people to what matters most," SaskTel President and CEO Doug Burnett said.  "With Wireless Saskatchewan, we were able to make tangible and meaningful progress in addressing gaps in wireless coverage in underserved rural areas.  Looking to the future, the new towers we've constructed as part of this program will help us bring 5G deeper into rural Saskatchewan, ensuring that rural residents and businesses will also benefit from the same technological advancements that many in urban areas take for granted."

Originally announced in 2017, Wireless Saskatchewan is a multi-phase initiative designed to improve wireless connectivity and high speed internet services in rural parts of the province.  Through this program, SaskTel invested over $107 million to:

"While Wireless Saskatchewan has been a great success, our government understands how critical these services have become in the modern world and will continue to work with SaskTel to further improve connectivity throughout the province," Morgan said.