"Through our provincial stimulus package, we are investing in improvements to highways that lead to our many beautiful parks," Bradshaw said.

The project includes 23 km of paving on Highway 229 from the junctions of Highway 47 and Highway 9 to Good Spirit Provincial Park. It also included about $750,000 of paving on various roadways, pathways and parking areas in the park. 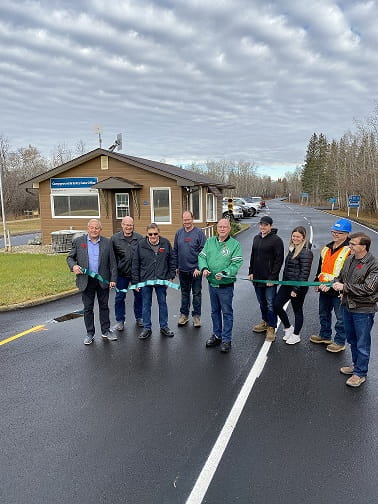 Yorkton-based Potzus Paving was the general contractor with engineering being provided by Wood Environment and Infrastructure Solutions.

Work inside the park is one piece of an additional $5.2 million investment into improvements inside eight provincial parks this year and include:

About $85.3 million is being invested into paving and upgrading 11 highways near or leading to provincial parks.

The Government of Saskatchewan is improving more than 1,350 km of provincial highways this year, the second of its 10-year Growth Plan goal to build and upgrade 10,000 km of highways. With this year's projects, the province is ahead of the pace needed to meet this target. Another $300 million in highways stimulus funds is being invested over several years in thin-membrane surface upgrades, passing lanes and improvements to municipal roads and airports.