Municipalities To Receive $25.7 Million In Support Through Rural Integrated Roads For Growth Program

The Government of Saskatchewan is continuing to invest in the improvement of rural roads through its Rural Integrated Roads for Growth (RIRG) program.  Phase three, taking place during the 2021-22 budget year, will see 69 rural municipalities (RMs) receive $25.7 million in RIRG funding.

"The ministry has seen an engaged and enthusiastic response to the RIRG program," Highways Minister Fred Bradshaw said.  "This targeted effort improves the safety and quality of our rural infrastructure, strengthens partnerships with Saskatchewan Association of Rural Municipalities, our rural municipalities and creates another outlet to aid the province's economic recovery from the COVID-19 pandemic."

This program helps RMs with the cost of constructing and upgrading their infrastructure, which in turn helps support local industries like agriculture, energy and forestry.  The RIRG grants cover up to 50 per cent of each project's total cost, to a maximum of $500,000.

The 2021-22 RIRG budget is $28 million, which includes base funding of $15 million a year.  The budget is augmented by additional stimulus spending, which was brought in to help the government reach its goal of re-building 100 roads over three years. 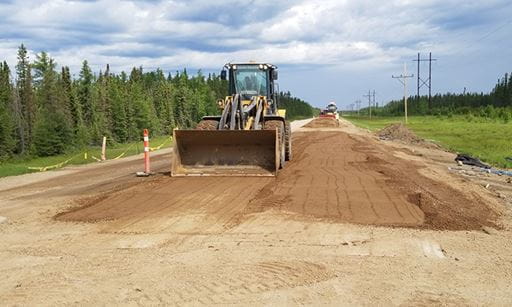 The Government of Saskatchewan is improving more than 1,350 km of provincial highways this year, the second of its 10-year Growth Plan goal to build and upgrade 10,000 km of highways.  With this year's projects, the province is ahead of the pace needed to meet this target at 2,350 km improved.