Seeding is underway in Saskatchewan, with nine per cent of the 2021 crop now in the ground.  This is ahead of the five-year average (2016-2020) of six per cent for this time of year.  An abnormally cool spring delayed field operations in many parts of the province, but producers have indicated that warmer daily temperatures have allowed for a big push to get seed into the ground. 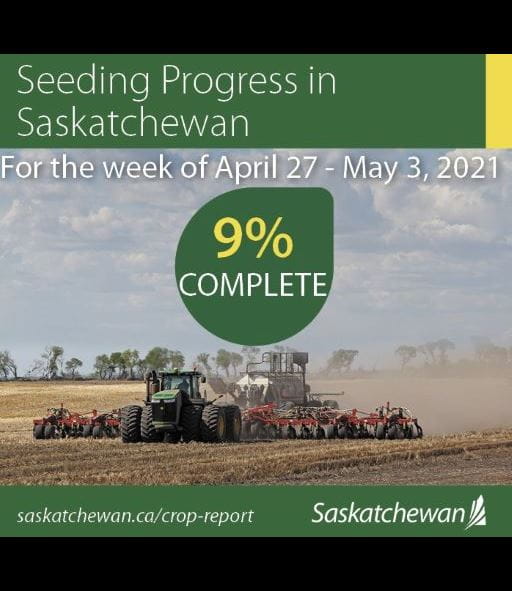 Light precipitation was reported in the past week in many areas of the province.  The north-east region received the greatest amount of rainfall, with 22 mm reported in the Porcupine Plain area.  Other areas, including the east-central region, received precipitation in the form of snow and rain toward the end of the week that will help with the dry field and pasture conditions. 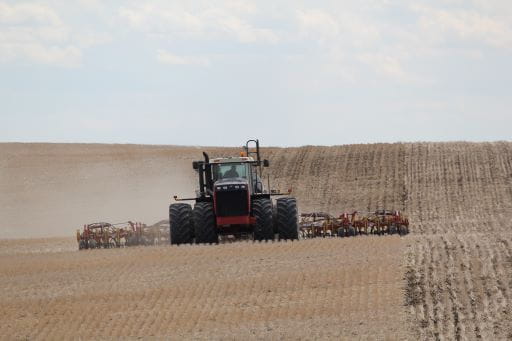 There have been reports of winterkill on winter wheat, fall rye and other fall seeded crops; producers are busy assessing the damage and determining whether or not to reseed.

The warmer weather throughout parts of the province this week has allowed many producers to get into their fields and start seeding, spraying or applying fertilizer.

A complete, printable version of the Crop Report is available online.