Work is progressing on a number of new passing lane projects as part of the Government of Saskatchewan's plan to construct 30 sets of passing lanes over the next two years.  This builds on the 27 sets constructed in the last four years.

"Safety is the primary concern of the Ministry of Highways," Highways Minister Fred Bradshaw said.  "Passing lanes have proven a reliable way to improve safety on a number of highways, with plenty more to come." 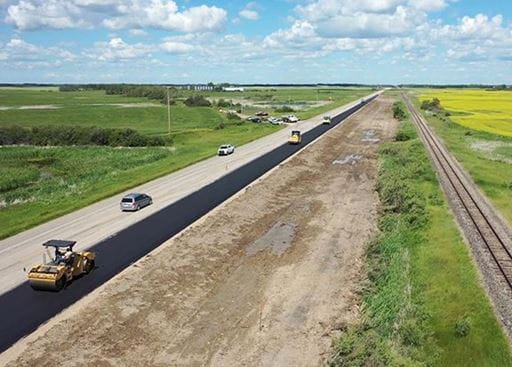 The 2020 Fall Tender Plan and the 2021 Spring Tender Plan include passing lane projects on:

Passing lanes are typically a minimum two kilometres in length and are strategically designed to allow vehicles to safely pass slow moving vehicles and heavy trucks such as semi-trailer units.  Studies have shown passing lanes can reduce collisions by as much as 25 per cent.  Highway 10, the province's first major passing lanes pilot project, has seen 75 per cent fewer fatal accidents from before the project to five years after its completion.

"The passing lanes have ensured there are far fewer vehicle accidents, fatal crashes and injuries, allowing for safer travel and reduced emotional impacts on first responders who arrive at crash scenes," Balgonie Volunteer Fire Department Chief Dave Campbell said.  "Combined with the reduced travel time, the passing lanes have been a significant benefit to local residents and visitors alike."

The Government of Saskatchewan will be improving more than 1,350 km of provincial highways this year, the second of its 10-year Growth Plan goal to build and upgrade 10,000 km of highways.  With this year's projects, the province is ahead of the pace needed to meet this target.

There will be $300 million in additional highways stimulus funds that will be invested over several years in thin-membrane surface upgrades, passing lanes and improvements to municipal roads and airports.