Today, job numbers released by Statistics Canada for November 2021 show Saskatchewan's unemployment rate fell to 5.2 per cent from 7.1 per cent a year ago, also down from 6.2 per cent a month ago, and well below the national average of 6.0 per cent (seasonally adjusted). 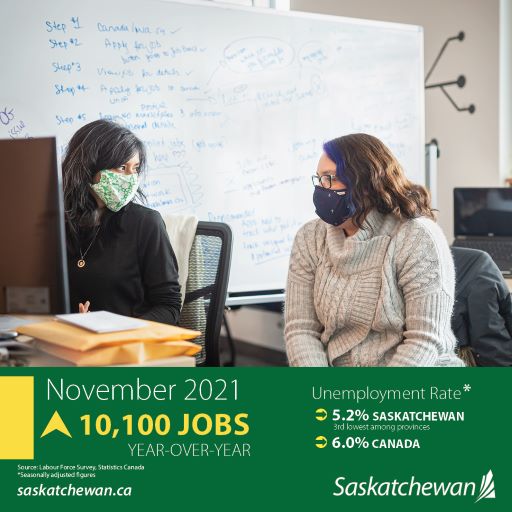 "Saskatchewan's economy continues to show strength with more jobs being created and the unemployment rate continuing to drop," Immigration and Career Training Minister Jeremy Harrison said.  "We are also working to address the current labour shortages in certain sectors through funding for skills training programs, as well as the new Hard-to-Fill Skills Immigration Pilot in order to ensure this strength continues."

Saskatchewan's youth unemployment rate was 9.4 per cent, the third lowest among the provinces and well below the national average of 10.5 per cent (seasonally adjusted).