One resident in their 60s from the North East zone who tested positive for COVID-19 has died. This brings the total number of deaths in the province to 32.

One case with pending residence information was deemed to be an out of province resident and removed from the total case count. 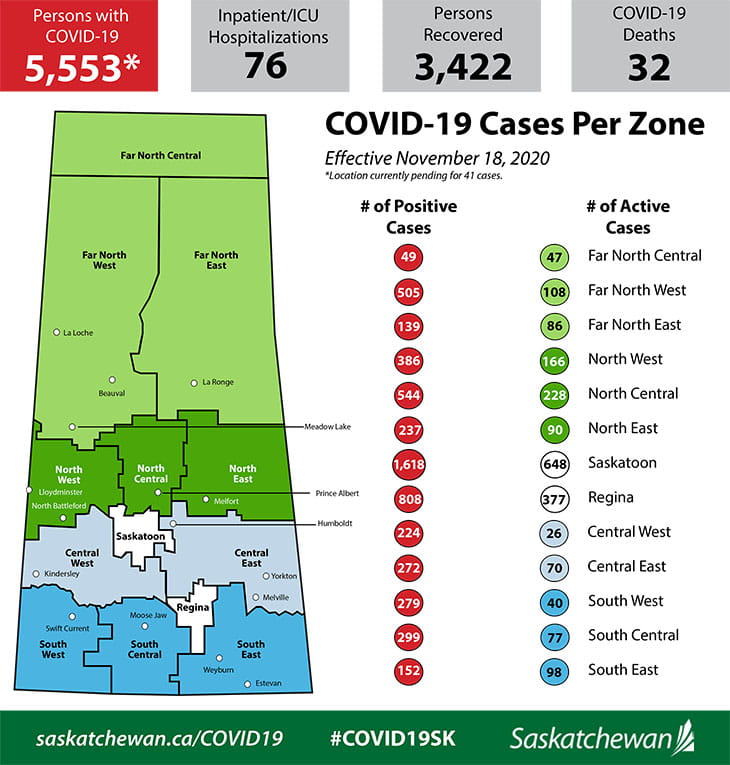