“In spite of all the significant challenges with the global COVID-19 pandemic, Saskatchewan people are getting back to work and our economy is recovering,” said Immigration and Career Training Minister Jeremy Harrison.  “With the lowest unemployment rate in Canada, we’re making headway in recovering and then growing our economy.” 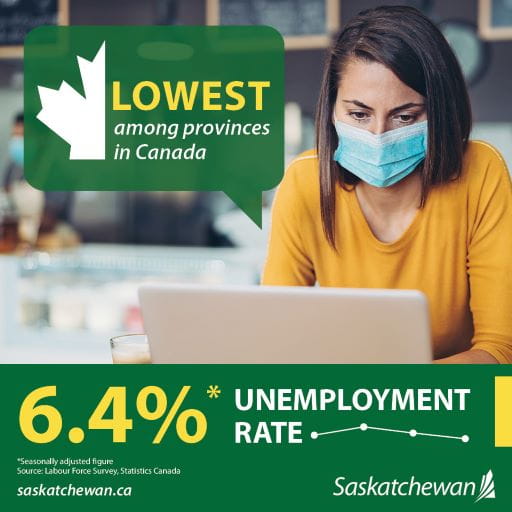 October’s unemployment rate in Saskatchewan is down from 6.8 per cent posted in September.