A province-wide study estimates Saskatchewan could see an economic boost of $17.6 billion per year if more women were encouraged to start, run and grow their own businesses. 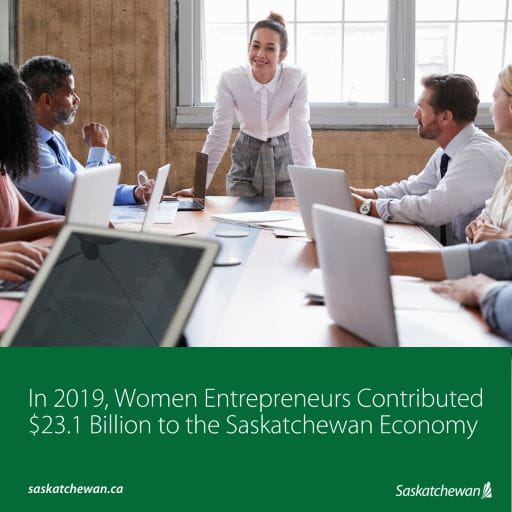 According to the report, women entrepreneurs contributed $23.1 billion to the Saskatchewan economy in 2019 and were responsible for 191,836 jobs.  However, more than 80 per cent of the province’s women-owned businesses have fewer than 10 employees.

“Saskatchewan has one of the highest rates of female entrepreneurship among all provinces, with one in every eight women employed running her own business,” Minister Responsible for the Status of Women Office Tina Beaudry-Mellor said.  “We can build on this and be one of the best places in Canada for female entrepreneurs.”

“Supporting women entrepreneurs is important to the success of Saskatchewan’s Growth Plan and our province’s future,” Beaudry-Mellor said.  “I applaud Women Entrepreneurs of Saskatchewan and its Advisory Committee for their work and look forward to continuing to collaborate, adding jobs and opportunities in the process.”

As well as supporting the efforts made by WESK and the Advisory Committee, the Status of Women Office is focused on increasing Saskatchewan women’s participation and prosperity.  Currently, the Office is conducting a study to identity educational and entrepreneurial pathways for women in the science, technology, engineering and math fields.