The ministry and the SWF are partners on the province’s AIS Task Force – which focuses on additional education and monitoring activities – along with other government agencies, conservation groups, non-government organizations and universities.

“This strategy emphasizes the need for collaboration and co-ordination with provincial and federal government agencies, non-government organizations and neighbouring jurisdictions to prevent the introduction and spread of high-risk aquatic invasive species,” Duncan said. 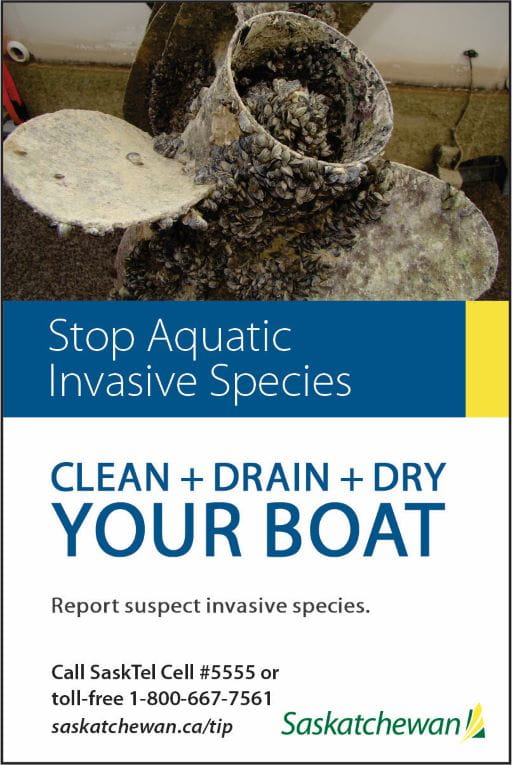 In recent years, the ministry has significantly increased its AIS prevention efforts, with a primary focus on education and awareness.

“We recently announced that no invasive mussels had been detected in Saskatchewan waters in 2019,” Duncan said.  “That is a positive step, and it speaks to the approach we’ve been taking in Saskatchewan.  But we know more work needs to be done, and that diligence on this front needs to be unrelenting for us to remain free from this threat.”

Saskatchewan also partners with the Canada Border Services Agency and other provincial and territorial governments to co-ordinate prevention efforts across Western Canada.

The province’s new AIS Strategy, as well as further information about AIS and fishing, is available online at https://www.saskatchewan.ca/residents/environment-public-health-and-safety/wildlife-issues/invasive-species/aquatic-invasive-species-prevention-program.