There is one new case of COVID-19 to report in Saskatchewan on August 17, bringing the total to 1,581 total cases.  The new case is located in the South West zone.

Investigations completed thus far have found that 113 of 172 active cases are in communal living settings. 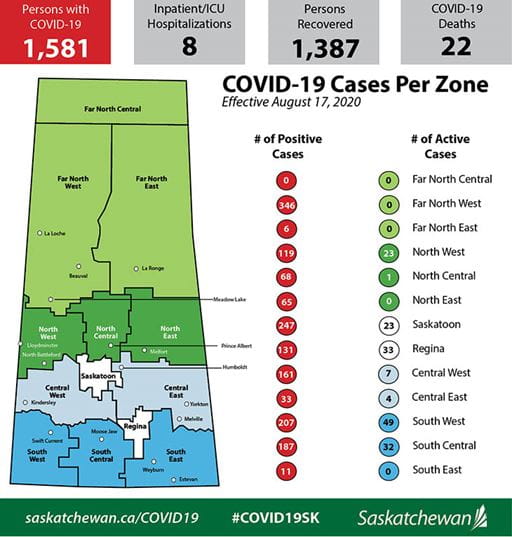 The Saskatchewan Health Authority is working toward increasing capacity to 4,000 tests in early September.  COVID-19 testing is now available to anyone who requests it, regardless of whether they have symptoms or not.  A referral for testing can be made by contacting HealthLine 811.  Contact your physician’s office if you are experiencing worsening symptoms.   If you require urgent care, call 911.

Find the most up-to-date version of the Re-Open Saskatchewan plan at www.saskatchewan.ca/re-open.