“Whether visiting for a day or a week, there is always so much to see and do in our beautiful parks,” Parks, Culture and Sport Minister Gene Makowsky said.  “With nearly four million visits to our parks in 2019, investing in facility and infrastructure continues to be a priority.  Upgrades and improvements will ensure our parks remain safe and enjoyable spaces for our visitors in the years to come.” 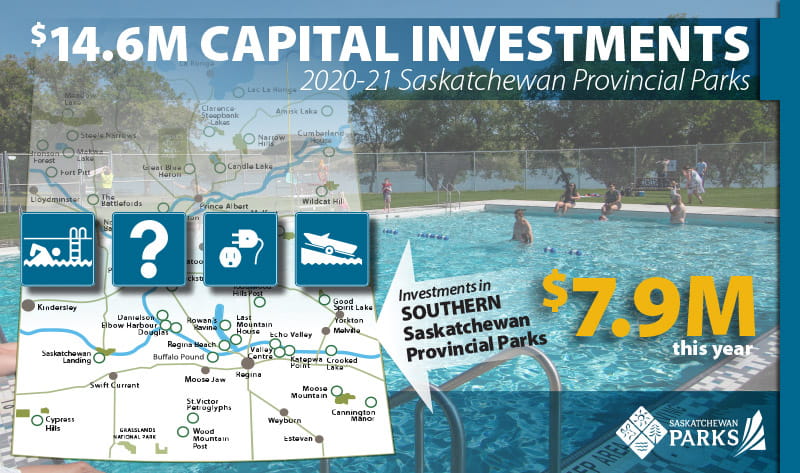 Along with ongoing improvements to washrooms, docks, day-use facilities and signage, upgrades scheduled for completion prior to the 2021 camping season in southern Saskatchewan provincial parks include:

Upgrades that began in 2019-20 and are now complete in southern Saskatchewan provincial parks include:

From 2007-08 to 2019-20, capital investment and capital maintenance in parks reached a total value of more than $127 million.  Improvements planned for 2020-21 will further increase the total investment to more than $141 million since 2007.  Saskatchewan’s provincial parks continue to be an important destination, attracting visitors and bringing economic benefits to the province.