Eight of the 24 new cases and 112 of the 168 active cases are people living in communal settings. 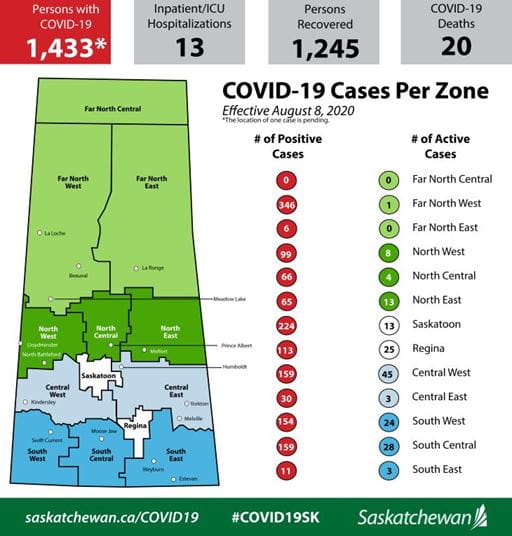 COVID-19 testing is now available to anyone who requests it, regardless of whether they have symptoms or not.  A referral for testing can be made by contacting HealthLine 811.  Since introducing universal testing, there has been an increase in requests to be tested with the corresponding increase in provincial testing numbers.  The Saskatchewan Health Authority is working to ensure responsive service timing.  Contact your physician’s office if you are experiencing worsening symptoms.  If you require urgent care, call 911.

Find the most up-to-date version of the Re-Open Saskatchewan plan at www.saskatchewan.ca/re-open.