According to a report released by Statistics Canada, year-over-year job growth in Saskatchewan continues to rise.  In August 2019, employment was up 13,000 jobs from August 2018. 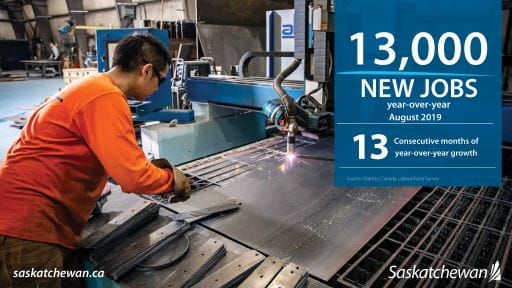 “Saskatchewan continues to see steady job creation in spite of headwinds created outside our province,” Immigration and Career Training Minister Jeremy Harrison said.  “We will keep standing up for our province against policies that threaten our economy and the jobs of Saskatchewan people, and continue our efforts to diversify export markets for Saskatchewan goods and products.”