Despite cool weather this past week, many producers have begun seeding operations and many more expect to be in the field this coming week, once conditions improve.  Thirteen per cent of the crop is now seeded, which is slightly behind the five-year average (2014-18) of 14 per cent for this time of year.  Recent cool weather has delayed field operations across much of the province.

Rainfall was reported this past week throughout the province, particularly in the northeastern and northwestern regions.  The Neilburg area received 25 mm, the largest amount of precipitation in the province. 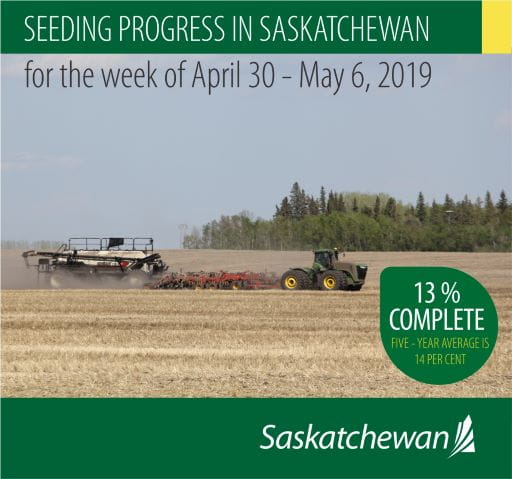 Winter wheat assessment is continuing as fields green up and temperatures rise.  Pasture and hay land growth has been slow, but is expected to improve, given the recent moisture and favourable weather in the forecast.

SaskPower reminds everyone to take their time and to be aware of overhead power lines crossing fields and farm yards this spring.