“Saskatchewan is a welcoming place,” Immigration and Career Training Minster Jeremy Harrison said.  “It is a province of opportunity and that’s why people from all over the world are choosing to make Saskatchewan their new home.” 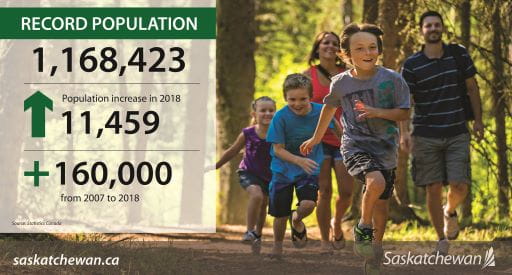 “Saskatchewan has now enjoyed over a decade of strong growth,” Harrison said.  “The new provincial budget released yesterday is the right balance to keep our economy strong and our province growing.”