A Saskatoon resident recently pleaded guilty in a Saskatoon provincial courtroom to charges under The Wildlife Act that resulted in more than $3,300 in fines.

In April 2017, Ministry of Environment conservation officers became aware of a post on a Saskatoon Facebook Buy and Sell page by an individual looking to purchase wild game meat.

In Saskatchewan, it is illegal to buy, trade, barter or sell wild meat.

Conservation officers regularly monitor buy-and-sell pages and had given the man several warnings that it was illegal to purchase wild game meat.  The individual failed to heed the warnings and charges were laid. 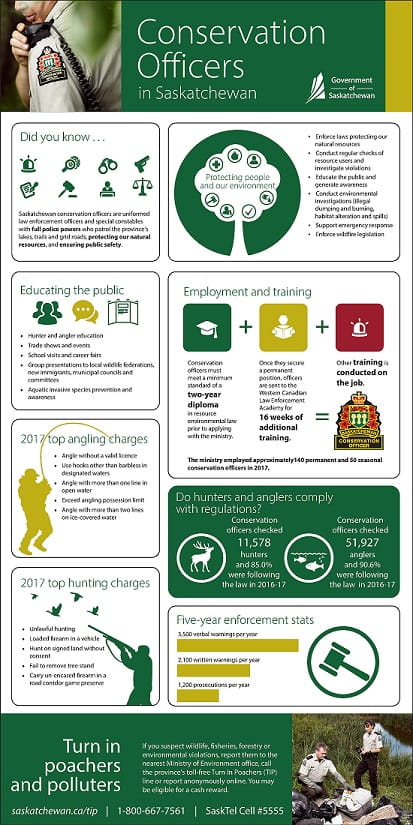 Danial Mitchell, age 41 of Saskatoon, pleaded guilty to trafficking in wildlife and unlawful possession of wildlife and was fined a total of $3,380.  Mitchell also received a five-year suspension from purchasing a hunting licence.

Social media has become a tool for those trying to traffic in wildlife and fish.  Conservation officers receive a number of complaints from the public regarding such posts, and many have resulted in warnings and charges.

If you suspect wildlife, fisheries, forestry or environmental violations, please call your local Ministry of Environment office, Saskatchewan’s toll-free Turn In Poachers line at 1-800-667-7561, call #5555 for SaskTel cellular subscribers, or report a violation online at www.saskatchewan.ca/tip. You may be eligible for cash rewards from the SaskTip Reward Program.