Today, the Royal Saskatchewan Museum (RSM) is celebrating the 25th Anniversary of its First Nations Gallery which opened on June 26, 1993.  A groundbreaking achievement at the time, it launched a new era of showcasing Indigenous culture in the museum.

Celebrations run from 1 to 4 p.m. and feature world renowned hoop dancer Terrance Littletent, the Kawacatoose Boys drum group and the Buffalo People Arts Institute, who will help attendees make their own painted Buffalo parfleche necklaces.  Special guests will also include Miriam Thomas, who tanned and sewed the gallery’s traditional bison hide tipi with her sister and other relatives.  To cap off the celebration, a large anniversary cake made by Chef Dickie Yuzicapi will be served.

“The RSM estimates that the museum has had more than three million visitors in the 25 years the First Nations Gallery has been opened,” Parks, Culture and Sport Minister Gene Makowsky said.  “Because of the gallery, students, teachers, parents, grandparents and children, long-time residents, newcomers and visitors from across Canada and abroad, have had the opportunity to learn about the rich cultures and heritage of the Indigenous peoples of Saskatchewan.” 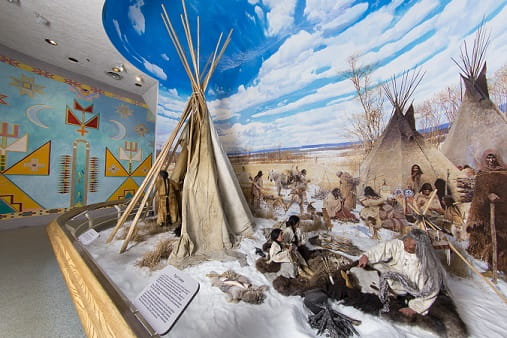 “The educational and research aspects of the First Nations Gallery are significant,” Curator of Aboriginal Studies Dr. Evelyn Siegfried said.  “Since its inception, the gallery has been the catalyst in bringing researchers together with Indigenous Elders, students and community members to work collaboratively on examining the past, interpreting the evolution of Indigenous cultures and presenting it in all its richness and diversity.” 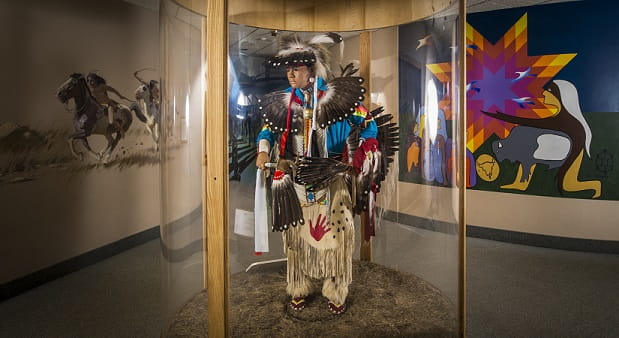 Since 2017, the gallery has included the exhibit “We Are All Treaty People” which centers around the Chief Paskwa Pictograph, a two-panel document with pencil drawings that is the only known historical Indigenous perspective on Treaty Four.  The exhibit was created in consultation with members of Pasqua First Nation, including descendants of Chief Paskwa, Elders and Chief Todd Peigan.

“The exhibit’s aim is to deepen our understanding of the history around the signings of the Treaties as well as their significance in our lives today,” RSM Director Peter Menzies said.  “As with the gallery’s other presentations, they inform both Indigenous and non-Indigenous visitors, while helping newcomers learn about the role of Treaties in shaping our province and country into what they are today.” 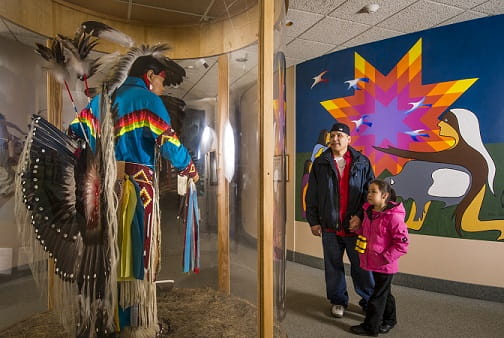 The anniversary celebration is the grand finale of a series of programs and events that the RSM hosted throughout June, proclaimed National Indigenous History Month.  These events were made possible thanks to the support of Aboriginal Peoples Television Network, MBC Network Radio, the Saskatchewan Indian Gaming Authority and the Friends of the Royal Saskatchewan Museum.