Through a series of inspections and an investigation, Ministry of Environment conservation officers learned that high volumes of migratory bird meat, mainly geese, had been coming into the shop located on the Star City Hutterite Colony to feed its residents.

Although conservation officers gave the manager verbal and written warnings that it was illegal to sell wild goose meat, officers learned that the goose meat was still being sold. 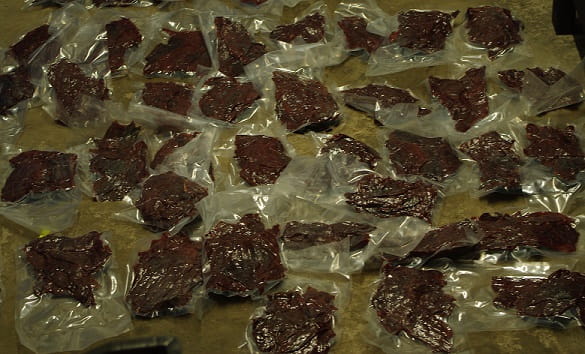 On five occasions between 2014 and September 2017, undercover officers visited the shop and were able to purchase wild goose meat.

David Tschetter, age 56, manager of Star City Produce and Meats, pleaded guilty to wildlife trafficking charges.  He was fined $11,500 and ordered to process 159 kilograms (350 pounds) of seized goose meat into sausage that would be given to food banks in the Melfort area.

Trafficking in wildlife is illegal under federal and provincial legislation and is prevalent on social media sites and through illegal dealers.  It is a practice that threatens local wildlife populations and steals opportunities away from legitimate hunters.

If you suspect wildlife, fisheries, forestry or environmental violations, call your local Ministry of Environment office, Saskatchewan’s toll-free Turn In Poachers line at 1-800-667-7561 or #5555 for SaskTel cellular subscribers, or report a violation online at www.saskatchewan.ca/tip.  You may be eligible for cash rewards from the SaskTip reward program.