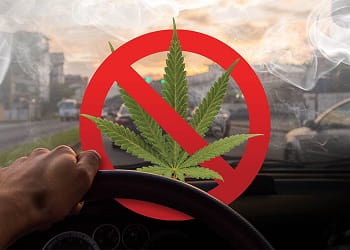 The Traffic Safety (Miscellaneous) Amendment Act 2017 and The Miscellaneous Vehicle and Driving Statutes (Cannabis Legislation) Amendment Act, 2017 were both passed in the Spring sitting of the Legislature and come into effect Sept. 1.

“It’s never OK to drive impaired, whether it’s by drugs or alcohol,” Minister responsible for Saskatchewan Government Insurance (SGI) Joe Hargrave said.  “This new legislation reflects the seriousness of this offence, with more severe punishments for drug-impaired drivers, and those who make the bad decision to drive with children in the vehicle.”

As of Sept. 1, zero tolerance for drug impairment will apply to all drivers.  Zero tolerance means that drivers should not get behind the wheel with any level of impairing drugs in their system detectable by a federally-approved screening device, or a standardized field sobriety test.  The province has also updated legislation and regulations so that tough administrative penalties that impaired drivers in Saskatchewan faced under existing legislation will also apply to anyone charged under three new federal drug-impaired driving laws (http://www.justice.gc.ca/eng/cj-jp/sidl-rlcfa/index.html).

Impaired Drivers with Passengers Under 16

If a driver subsequently fails a DRE, or exceeds .08 blood alcohol concentration, that triggers Criminal Code charges, which results in a minimum 30-day vehicle seizure, an indefinite licence suspension until the charges are dealt with, and – upon conviction – potential fines, jail time, ignition interlock requirements and driving prohibitions.

It doesn’t matter if a drug is legal or not.  If it impairs your ability to drive safely, don’t get behind the wheel.

Prescription and over-the-counter drugs can also make you impaired, and combining drugs with alcohol increases impairment.

For more information on the consequences of impaired driving, visit SGI’s Drugs and alcohol page (https://www.sgi.sk.ca/drugs-alcohol).