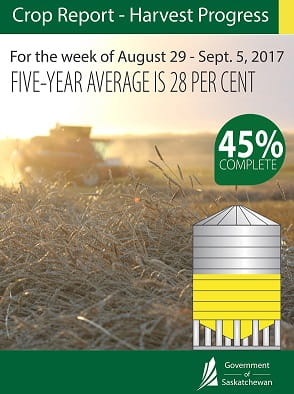 The majority of the province received little to no rainfall this past week, with the highest rainfall for the week (56 mm) reported in the Langenburg area.  No other area received a similar amount of rainfall, as the next highest amount reported was six mm in the Nipawin area.  The Pierceland area still holds the highest amount of rainfall received in the province since April 1 at 543 mm.

The majority of crop damage this past week is attributed to lack of moisture and strong winds.