There were 1,300 more jobs in Saskatchewan last month compared to May 2016, according to Statistics Canada data released today.  Compared to last month, there were 2,100 more people working in the province (seasonally adjusted).

“Our economy continues to create jobs,” Economy Minister Jeremy Harrison said.  “Over the past four months we have seen positive job growth in the province.  While our labour market is showing strength and resilience, other economic indicators demonstrate momentum such as wholesale trade, urban housing starts, manufacturing sales, merchandise exports and retail sales.  A recent forecast by the Conference Board of Canada suggests our economy this year will have one of the highest growth rates in the country, in part due to our economy’s diversification.” 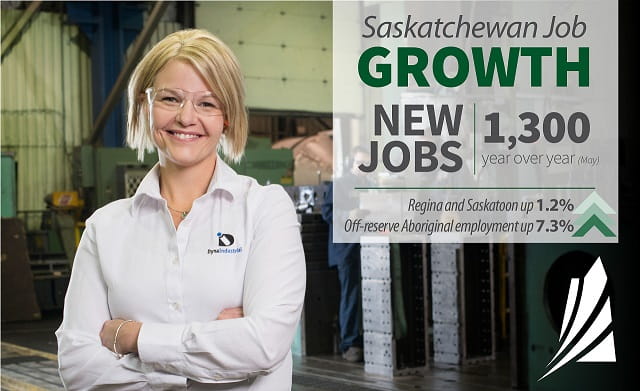 Other May 2017 highlights include: