The governments of Canada and Saskatchewan are committed to investing in local infrastructure that provides Canadians and their families with access to modern, reliable water and wastewater services that meet their needs.  These investments safeguard the health and well-being of residents, protect provincial waterways and preserve local ecosystems.

Today, Ralph Goodale, Minister of Public Safety and Emergency Preparedness, on behalf of Amarjeet Sohi, Minister of Infrastructure and Communities and Government Relations Minister Donna Harpauer, announced funding for 75 new water and wastewater projects throughout Saskatchewan.  This investment represents combined federal, provincial and local partner funding of more than $94 million for 74 Clean Water and Wastewater Fund (CWWF) projects, and one project under the Provincial-Territorial Infrastructure Component – National and Regional Projects.

The funding will support such initiatives as building new sewage treatment lagoons, upgrading sewage pumps, and improving drinking water supply systems.  This work will improve the reliability of water and wastewater services, while also allowing for future growth and development in communities across Saskatchewan. 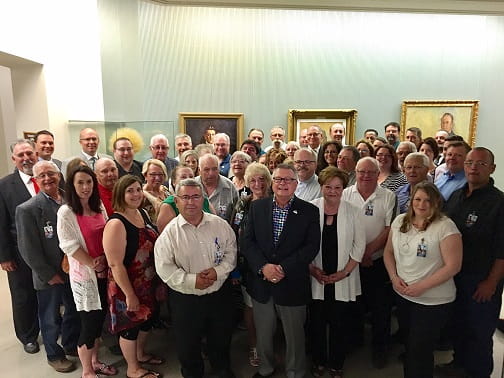 “The investments in infrastructure we are making will benefit Canadians for years to come - creating economic growth and middle - class jobs now, while laying the foundation for sustainable growth in the future,” said Goodale.  “These water and wastewater projects will protect the environment and help keep our Saskatchewan communities healthy for generations to come.”

“The City of Moose Jaw is very appreciative to receive this funding from the federal and provincial governments, as it will support water and sewer infrastructure related to a new industrial park for our community that will add vibrancy to our city’s economy,” City of Moose Jaw Mayor Fraser Tolmie said.

“Without this federal and provincial support, we would never have the capacity to move our project forward,” Northern Village of Ile-A-La Crosse Mayor Duane Favel said.  “We are very appreciative of these types of programs, which are essential to our community’s key infrastructure.”

“The project for our area would be difficult to do on our own,” RM of Waverly No. 44 Reeve Lloyd Anderson said.  “We sure appreciate the help from federal-provincial programs like this.  It helps take away some of the burden.”