The Government of Saskatchewan has established trapping seasons for cougars and black bears in select wildlife management zones in Saskatchewan’s farmland.

“Both cougar and bear populations have been expanding into the southern portion of Saskatchewan,” Environment Minister Scott Moe said.  “Establishing additional trapping seasons will better manage these growing populations and help reduce human and livestock encounters for both species.”


The cougar season is trapping only; hunting free-ranging cougars is prohibited.  The season will open on October 15 and close on March 15.  Reporting is mandatory for all cougars harvested.  This information will help the ministry determine the impact of this new harvest on the long-term sustainability of the species.

The number of incidental captures of cougar by Saskatchewan trappers has increased.  Formalizing a season will encourage more trapping in cougar areas and will allow trappers to retain and sell their catch.  Limiting harvest to the use of traps or snares will help ensure that an annual harvest is maintained without creating a conservation threat to the species. 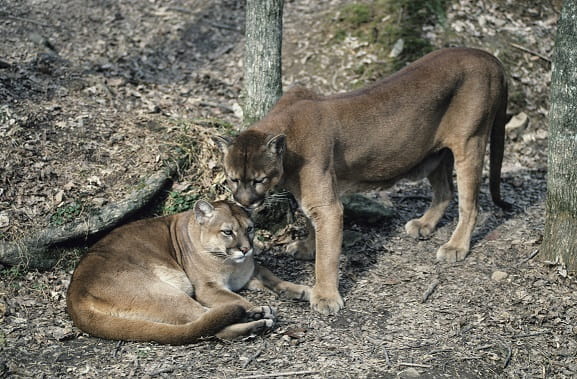 A black bear opportunity is being offered for southern fur conservation licence (SFCA) holders.  Black bears may be trapped in wildlife management zones open to bear hunting (WMZs 30, 34 to 50, 52 to 55 and 68).  The season begins September 10 and runs to May 31 of the following year.  This is a trapping (leg snare) season only and hunting free-ranging bears will not be allowed under a SFCA fur licence.

The bear trapping season in the northern fur conservation area (NFCA) has been extended.  Outside of provincial parks or recreation sites, the trapping season continues to June 30.

Black bears are found in areas containing suitable habitats across the southern portion of the province, and are increasingly involved in public safety or livestock predation incidents.

Saskatchewan’s 2017 Hunters’ and Trappers’ Guide will be available in July at www.saskatchewan.ca/hunting.