The 200 companies represent more than 70 per cent of businesses on the projects.  The majority are located in Regina or Saskatoon with others coming from Estevan, Martensville, Moose Jaw, North Battleford, Prince Albert, Swift Current, seven small towns and three First Nations. 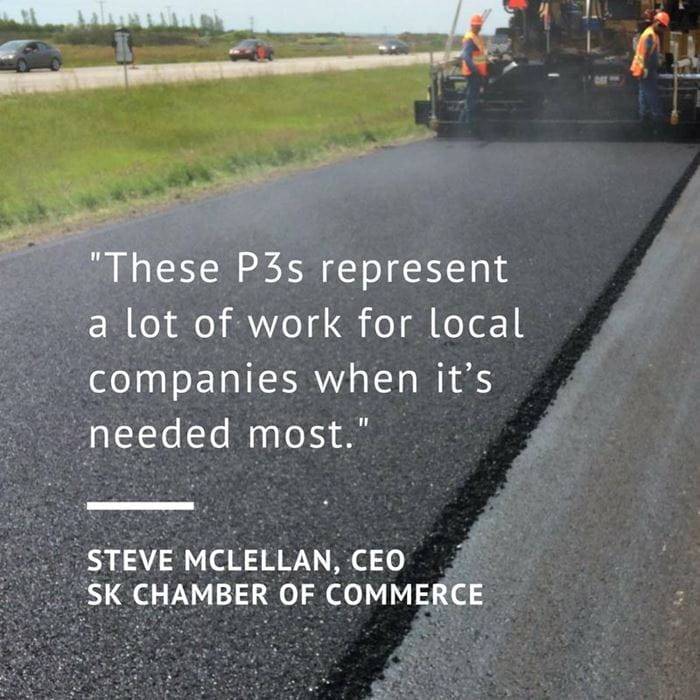 “These P3s represent a lot of work for local companies when it’s needed most,” Saskatchewan Chamber of Commerce Steve McLellan said.  “Low resource prices would be affecting us much more strongly without these major builds underway.”

In addition to the 18 schools, the government is using P3s to build the Regina Bypass and a new mental health hospital in North Battleford.  Its first P3, an award-winning long-term care home in Swift Current, finished on-time and on-budget this spring.  Together the projects are responsible for supporting 12,500 construction jobs in the province.

Companies are considered local if they keep an office, hire workers, and pay taxes in Saskatchewan.  This definition was proposed by industry as a part of Priority Saskatchewan consultations.

For more information on the projects, visit www.saskbuilds.ca.