Despite rain delays in some areas, Saskatchewan producers now have nine per cent of the 2016 crop combined, according to Saskatchewan Agriculture’s Weekly Crop Report.  This is slightly ahead of the five-year (2011-2015) average of eight per cent for this time of year.  Twenty-one per cent of the crop is swathed or ready to straight-cut. 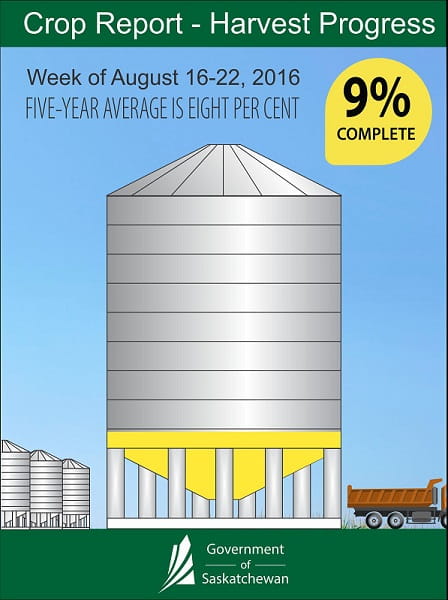 The majority of crop damage this past week was caused by excess moisture, strong winds, lodging and diseases such as fusarium head blight, sclerotinia and mould.  Many fields remain soft and field access will be an issue in some areas.

Producers are busy harvesting and haying.