“There are a lot of opinions about how we should sell liquor,” Minister responsible for the Saskatchewan Liquor and Gaming Authority Don McMorris said.  “This consultation process will let us hear directly from the public and key stakeholders about what they would like to see when it comes to liquor retailing in Saskatchewan.”

The consultation process includes a comprehensive options paper.  It provides a history about the province’s liquor retail system and takes a look at how some neighbouring jurisdictions operate.  The document also outlines five different options for people to consider: “These are the five broad models we would like the public to consider, recognizing that there are a lot of different delivery options within each model,” McMorris said. 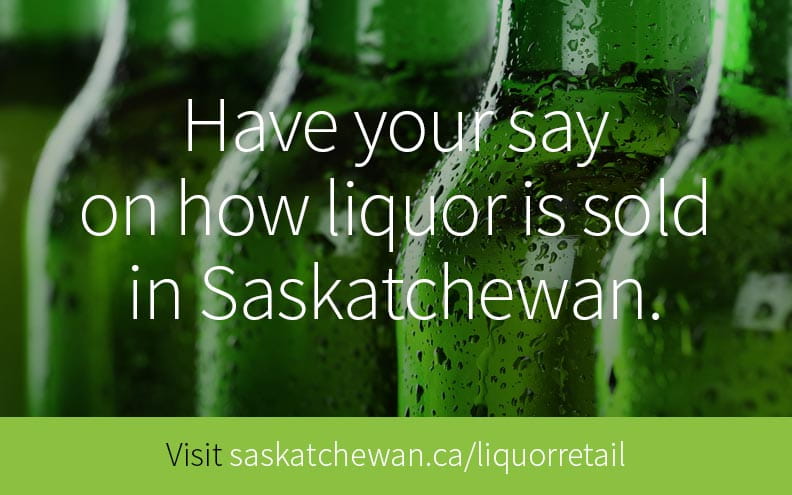 “We know we’re going to need some more new stores to help meet future demand and we also know we have some existing stores that will need investments in the future,” McMorris said.  “Before we decide how to proceed, we want to hear what customers, stakeholders and the general public have to say.”

The consultation process runs until January 30, 2015.