Job Creation in Saskatchewan Continues to Lead the Nation

Saskatchewan has the strongest rate of job creation in Canada, according to the latest labour force report released today by Statistics Canada.  There were 15,300 more people working in Saskatchewan in November 2014 compared to the same month last year.  That’s a growth rate of 2.8 per cent – more than three times the national rate of 0.9 per cent.

Saskatchewan also posted the lowest unemployment in the county for the 24th consecutive month.  The seasonally adjusted unemployment rate in Saskatchewan was just 3.4 per cent in November – about half the national rate of 6.6 per cent.

“Our economy has now had the lowest unemployment rate in Canada for two consecutive years,” Minister responsible for Immigration, Jobs, Skills and Training Jeremy Harrison said.  “These new jobs have been created in many different sectors, which means if one sector slows down a bit, other areas of the economy are there to continue creating jobs and driving growth.”

“Some of these jobs are highly skilled positions that require people with specialized training,” Harrison said.  “Through the Canada Job Grant, we will provide up to $10,000 to employers to train and further develop their workforce - creating even more opportunities in our province.” 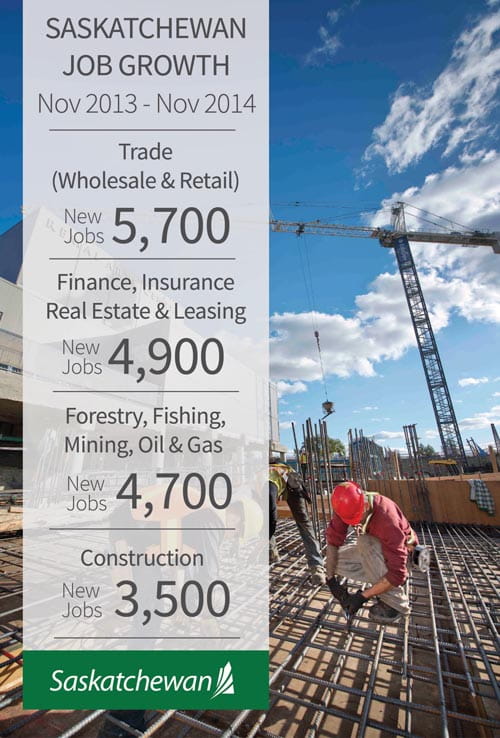