The Regina Bypass is the largest infrastructure project in the province's history. Below is a series of four, 3-D flyover videos of the project's conceptual design.

Learn more about the Regina Bypass:

1. How was the route selected?

The need for a bypass was identified in the 1990s. Since then, six major studies and 38 supplemental studies have been undertaken. These studies concluded the selected route is the best choice now and into the future.

Public and stakeholder consultation was a priority throughout the study process.

The route selected received approval from the City of Regina, Balgonie, White City, Pilot Butte, Emerald Park, Edenwold and the Rural Municipalities of Sherwood and Edenwold.

2. What are the project's timelines?

3. Why was the Bypass built? 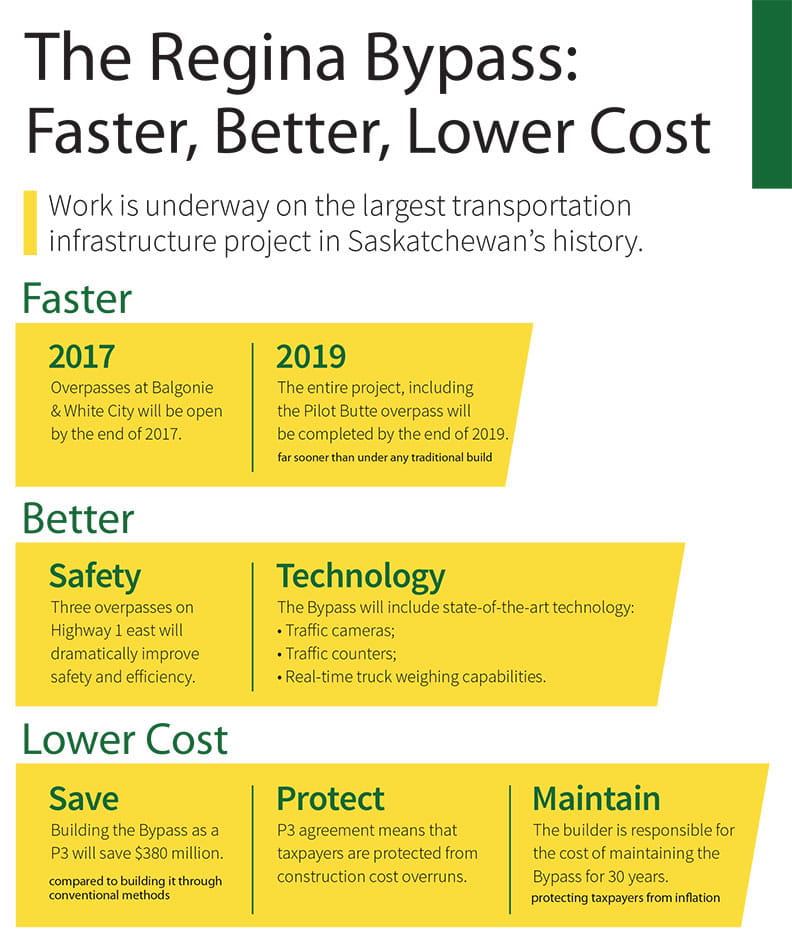 4. What did the Bypass project include?

To address critical safety concerns, the project included overpasses at:

In total, the project consisted of approximately: 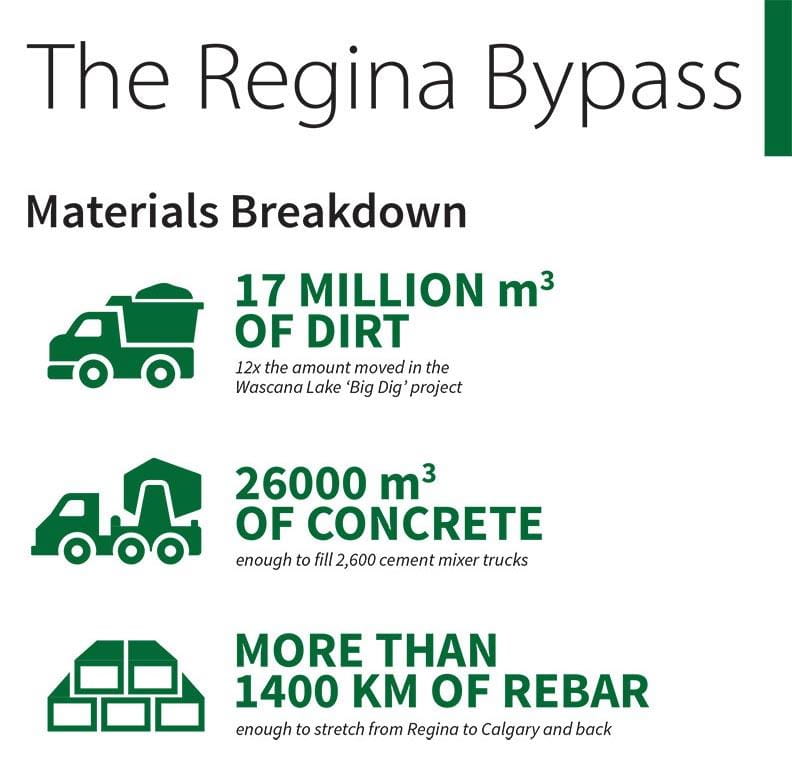 In addition to construction cost, the builder is also responsible for operation, maintenance and transfer of risk.

Operation and maintenance includes but is not limited to:

In addition, at the end of the contract, the government will receive all infrastructure in "like new" condition.

Transfer of risk: taxpayers are protected from any project cost overruns. These costs will be incurred by the builder.

Why did the scope and cost of the Regina Bypass project change?

The first concept of the Regina Bypass was in 2013. This was for the south section, to divert truck traffic off Victoria Avenue East. The cost estimate was roughly $400 million.

There were two other projects also being considered around Regina:

Project one: overpasses east of Regina

Goal: divert traffic off Dewdney Avenue
Cost: roughly $400 million. A decision was made to combine these individual components into one project: the Regina Bypass.

So, the original $400 million estimate now increased to $1.2 billion as the project scope increased. 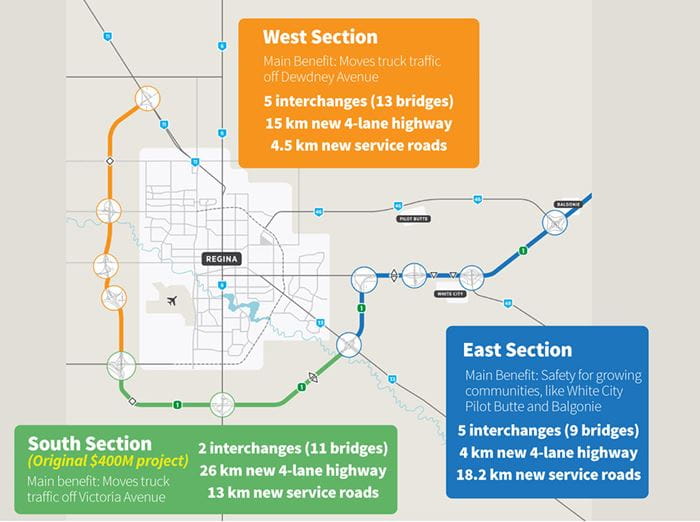 Another number often cited is $1.88 billion* for the Regina Bypass. That number is the total cost of the project. It includes construction and the transfer of risk to the private contractor. This includes 30 years of regular maintenance, reconstruction and snow removal.

Professional cost estimators calculated the cost of building and maintaining the bypass was $2.2 billion. The $1.88 billion* Graham-team P3 bid was less expensive so it was accepted.

Saskatchewan business groups have endorsed P3s as a way to improve infrastructure and create jobs. This includes:

*Note: land acquisition is separate from this cost and is projected at roughly $100 million.

Additional information about the project can be found on the Regina Bypass website.