What is an Overdose?

An overdose happens when your body is overwhelmed by a toxic amount of a drug or combination of drugs. Drugs act on the body in different ways, so an overdose can appear different when different drugs are involved. 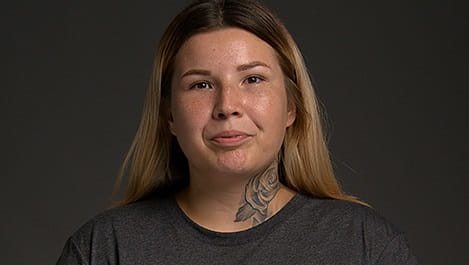 Behind every overdose death was a life. Help save a life.

Opioids affect the part of the brain that controls breathing, so when too much of an opioid is taken, breathing slows or stops. The signs of an opioid overdose include:

Learn more about how to respond to an opioid overdose.

Stimulants – like crystal meth, cocaine, amphetamines, Ritalin, MDMA (ecstasy) and caffeine – speed the body up. The signs of a stimulant overdose include:

3. Factors that Increase the Risk of an Overdose

Mixing a drug with other substances, whether they are prescription drugs, street drugs, or alcohol, can increase your risk of overdose and death. Some combinations can be more deadly than others.

Street drugs may have other drugs mixed in without your knowledge. Get your drugs checked to know more about what might be in your drugs.

One myth about mixing drugs is that using stimulants ("uppers") and depressants ("downers") together can cancel out the risk. However, using two drugs together means your body has more work to process two drugs instead of one.

It is important to note that mixing substances, for example an opioid and a stimulant, can decrease the effectiveness of naloxone when responding to an overdose.

Some drugs are far more toxic and dangerous than others. Fentanyl is an opioid that is 50-100 times more toxic than other opioids (such as heroin, oxycodone, and morphine). It can be deadly even in extremely small amounts. The illegal drug supply has become more toxic in recent years.

With some drugs, like opioids, the body can build a tolerance. This means that over time, you would have to use more drugs than before to feel the same effects. If you start using a new type of drug, stop using drugs or reduce your use – even for a few days – you can lose your tolerance.

How you take your drugs determines how quickly the drug takes effect. In general, the faster the drug hits the blood stream, the greater the risk of overdose.

Make a Plan for Safer Drug Use

People of all ages, genders and walks of life have been affected by overdoses and died of overdoses in Saskatchewan.