The Ministry of Justice and Attorney General supports a province-wide Restorative Justice Initiative that works with victims, offenders and communities to address the harm caused by crime. Through valued partnerships with First Nations, Tribal Councils, Métis communities and community-based organizations, Restorative Justice Programs resolve about 3,500 adult and youth criminal cases annually. Sixty-five First Nations in the province are involved in the programs.

The initiative works by enabling victims and offenders to have input into how their cases are resolved. Restorative Justice provides an opportunity for victims, offenders and communities to discuss what happened, who was harmed as a result of the crime, and what could be done to address the situation. Most referrals come to an agreement about what the offender will do to repair the harm as much as possible, such as paying restitution to the victim, completing community service hours, making charitable donations or attending treatment programs. 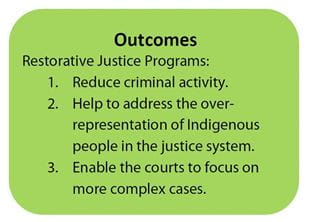 The Ministry of Justice and Attorney General partners with many Indigenous agencies in the delivery of Restorative Justice Programs. These relationships between First Nations, Tribal Councils, Métis communities, community-based organizations, the Government of Saskatchewan, police and Justice Canada are vital to delivering program services and support training. 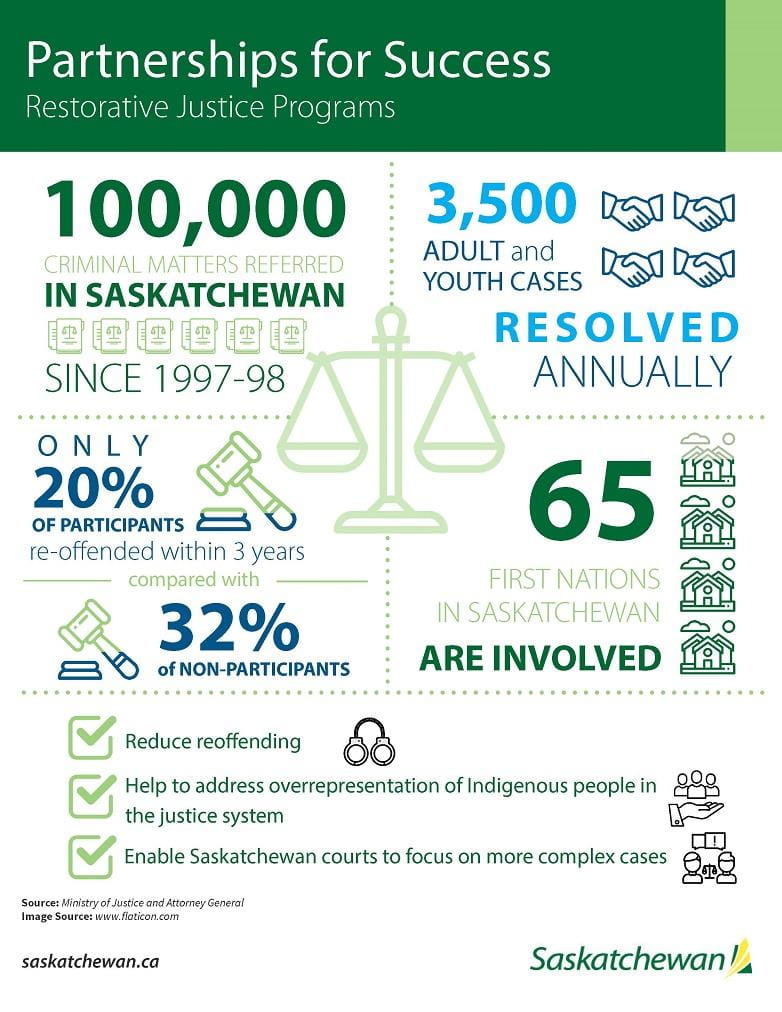