Saskatchewan Saw A Year Of Strong Job Growth In 2019

Saskatchewan’s annual unemployment rate was the fourth lowest among provinces at 5.4 per cent and remained below the national rate of 5.7 per cent in 2019.

“In spite of external headwinds, the creation of 10,400 jobs in 2019 is an indication that Saskatchewan has a robust, diverse and growing economy,” Immigration and Career Training Minister Jeremy Harrison said.  “Saskatchewan’s growth plan set an ambitious target of 100,000 new jobs by 2030, last year’s job growth shows that this target is reachable and well on its way of being met.” 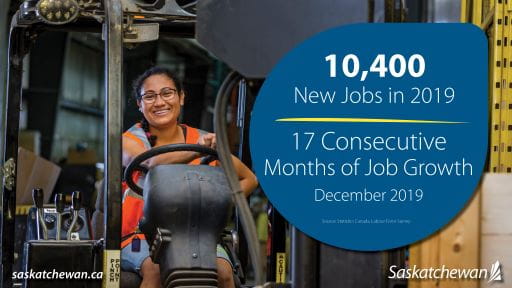