Six residents who tested positive for COVID-19 have died.  Five of these individuals were in their 80s, from the North West (1), Regina (3) and South East (1) zones.  One individual in their 30s was from the North Central zone.  This marks the largest one day increase in the number of COVID-19 deaths in Saskatchewan since the pandemic began.

Four (4) cases with pending residence information have been assigned to the North West zone. 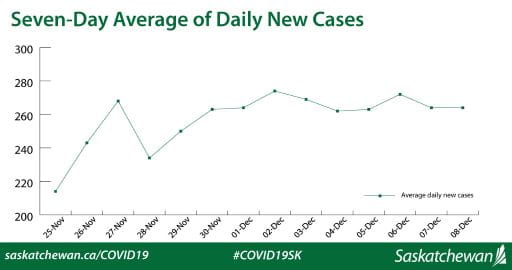 Of the 10,597 reported cases, 4,663 are considered active.  A total of 5,868 people have recovered.  This marks the largest one day increase in the number of recoveries since the pandemic began. 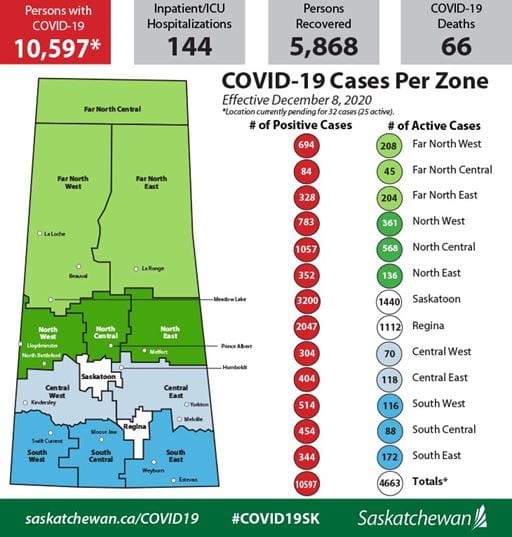 For more information on the current public health measures or to see the Public Health Order, visit https://www.saskatchewan.ca/covid19.