Support for Value-Added Sector in Saskatchewan

The Ministers also highlighted a $500,000 infrastructure investment to support production and equipment upgrades at AGT Food and Ingredients in Regina, another successful applicant to the SLIM program.  The project includes improvements to its polishing, bagging and conveyer system to increase productivity at the Regina facility.

”Canada’s food processing industry is the single largest customer of Canadian farmers,” Goodale said.  ”Our government is proud to work with the province to increase productivity and efficiency in the food processing sector, adding value to our exports, creating jobs and supporting the long-term prosperity of our farmers.”
“Saskatchewan’s value-added agricultural processing sector is thriving and contributing to our diversified provincial economy,” Makowsky said.  “Our government is pleased to support companies that are investing in Saskatchewan by adopting the latest and most efficient technology.” 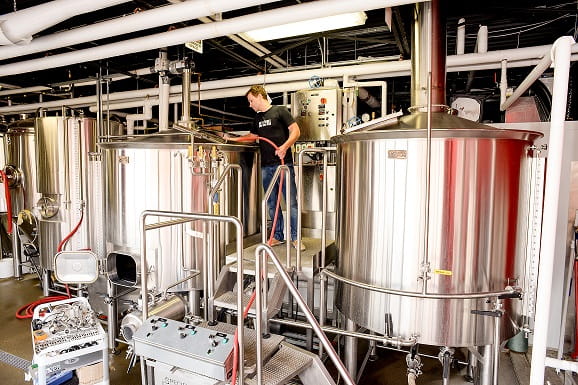 The SLIM program, part of the federal-provincial Growing Forward 2 framework, provides funding to help processors that operate in Saskatchewan adopt best practices, new technologies and state-of-the-art processes that lead to improvements in productivity and efficiency.

“We are a proud Saskatchewan company,” Rebellion Brewing President Mark Heise said.  “We live here, we spend dollars here and our profits stay here.  In less than three years, our small brewery has created 20 new jobs with more on the way.  The value-added agriculture sector has tremendous growth potential and is key to creating a diversified and resilient Saskatchewan economy.”

Eligible businesses must be involved in the value-added processing of crops and livestock into food, feed or bio-products, and must be expending a minimum of $200,000 on a project that will have a significant impact on productivity and efficiency.  Eligible projects can receive 50 per cent reimbursement, to a maximum of $500,000.

Twenty-five SLIM projects have already been completed over the life of the program, with an additional 19 expected to be completed by February 2018.

The federal and provincial governments are investing $388 million in Saskatchewan for strategic initiatives over five years under Growing Forward 2.