Today, the Water Security Agency released the March 2017 Spring Runoff Forecast.  The majority of the province is looking at a near normal spring runoff with the exception of southeastern Saskatchewan and areas west of Hudson Bay where above normal flows are expected.

The two areas of concern are in the extreme southeast corner of the province where above normal snowfall and wetter-than-normal fall moisture conditions are creating an above normal runoff potential.  The heaviest snowpack is located below Rafferty and Alameda reservoirs and near the Manitoba border.  This is also an area that was wetter than normal at freeze-up in 2016.  Unless conditions are favourable leading up to and during the spring melt, well above normal flows are expected.

The recent snowstorm this week will add slightly to these areas but not have a major impact.  While out-of-channel flows are expected, significant flood damages are not expected unless conditions significantly change leading up to and/or during the spring melt. 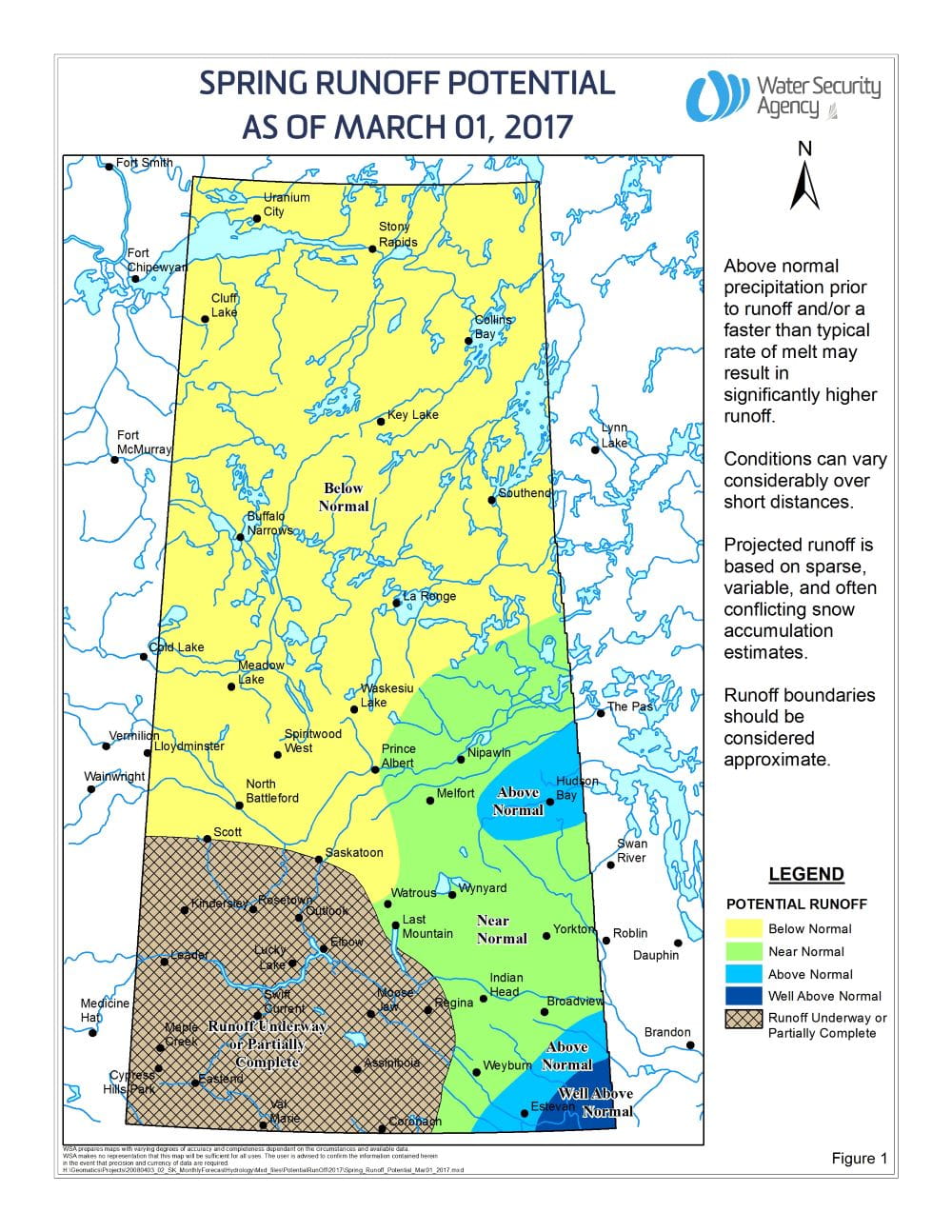 Much of the province experienced well above seasonal temperature episodes in January and February resulting in snowmelt and runoff in February.  The area south of Biggar and west of Avonlea saw the complete melt of the snowpack in mid-February.  Snowmelt runoff is either completed or nearing completion within this area.

While below normal or near normal runoff has been observed or is expected over a large portion of the province, most water supply reservoirs were at or above normal levels in the fall of 2016.  Consequently, surface water supplies across the province are expected to be adequate in 2017.  Reservoirs which were below normal levels in 2016, namely Nickel Lake and Boundary Reservoir, are expected to be replenished by snowmelt runoff.

Water Security Agency will continue to monitor the 2017 spring runoff conditions across Saskatchewan, which may include further targeted snow surveys to verify snow accumulations.  If warranted, further updates will be issued as the spring runoff progresses.