A number of pages on the Government of Saskatchewan's website have been professionally translated in French. These translations are identified by a yellow box in the right or left rail that resembles the link below. The home page for French-language content on this site can be found at:

Software-based translations do not approach the fluency of a native speaker or possess the skill of a professional translator. The translation should not be considered exact, and may include incorrect or offensive language. The Government of Saskatchewan does not warrant the accuracy, reliability or timeliness of any information translated by this system. Some files or items cannot be translated, including graphs, photos and other file formats such as portable document formats (PDFs).

Any person or entities that rely on information obtained from the system does so at his or her own risk. Government of Saskatchewan is not responsible for any damage or issues that may possibly result from using translated website content. If you have any questions about Google™ Translate, please visit: Google™ Translate FAQs.

The Saskatchewan Municipal Board (SMB) is an administrative tribunal established for regulatory and quasi-judicial purposes in dealing with issues from local authorities.

Additionally, the SMB serves as the Board of Revenue Commissioners (BRC).  The BRC is responsible to hear and decide appeals on taxes assessed by the province and considers requests for write-offs and cancellations of debt owing to the province.

The Saskatchewan Municipal Board has several committees to hear and decide appeals, which include:

Additionally, the SMB hears and decide appeals on taxes assessed by the province and approves write-offs and cancellations of debt owing to the province.

File an Appeal Regarding Provincial Taxes

The Board of Revenue Commissioners hears and decides appeals on taxes assessed by the province involving:

The Fire Prevention Appeals Committee hears and decides appeals from:

Apply for a Municipal Boundary Review

The Municipal Boundary Committee reviews applications for municipal boundary changes when there is a disagreement over the change or amalgamation.

The Planning Appeals Committee hears and decides appeals from:

The Weed Control Appeals Committee hears and decides appeals from decisions made by a municipality about weed control orders.

Municipalities and local authorities requiring approval to start projects or enter into financing arrangements will make application to the Local Government Committee (LGC). These include:

Apply to Begin a Local Improvement

Municipalities require approval from the LGC to start a local improvement project.

Apply for Approval of Water and Sewer Rates

Municipalities and public utility boards require approval for the following (which come into effect only after approval is given):

Apply to Establish a Debt Limit

Cities may apply to have a debt limit established. The LGC recommends a city have an established debt limit in order to avoid the requirement for approval of every borrowing it undertakes. A city's debt limit is determined by its own source revenues from the previous year.

Newly updated legislation allows for municipalities other than cities to apply to the LGC to establish a debt limit that exceeds their own source revenues from the previous year. Municipalities interested in establishing a debt limit should consult with the LGC to determine the anticipated benefits.

Establishing a debt limit will allow a municipality to borrow money for a term of over three years without approval from the LGC. However, if the municipality would like to borrow or guarantee money in excess of its debt limit, approval would be required for the additional amount.

Municipalities may invest surplus money in:

Any other type of investment may require approval from the LGC. 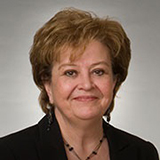 View all contacts in the directory
Top

Town of White City v Rural Municipality of Edenwold No. 158

Annual Reports are available in the Publications Centre

Other legislation that guides the SMB includes:

We need your feedback to improve saskatchewan.ca. Help us improve