The state-of-the-art Renewable Energy Storage Facility produces electricity through a field of industrial solar panels, as well as a commercial wind turbine. When electricity is generated, it is delivered directly into the provincial grid and to Saskatchewan customers, or conserved in the site's battery storage unit. In total, the Power Purchase Agreement with SaskPower adds approximately one megawatt (MW) of generating capacity to the grid.

The construction and operation of the facility has also led to solar installation training opportunities. As the first of its kind in all of Canada, the project has been a leader in clean energy innovation and research.

With the need for alternative sources of energy, the agreement between Cowessess First Nation and SaskPower is an important element of the Crown corporation’s overall plan to ensure a sustainable future for electricity generation in Saskatchewan. In 2015, SaskPower committed to reducing its greenhouse gas emissions by 40 percent from their 2005 levels. This meant finding alternatives to generate the electricity that Saskatchewan citizens need. Through the Power Purchase Agreement, the solar and wind-generated electricity from Cowessess First Nation is distributed on a province-wide basis, which decreases reliance on more carbon-intensive methods of power generation.

In 2018, Cowessess First Nation added an additional 400 kilowatts of solar generating capacity to its renewable energy project. It is also currently in the development stage of a 10 MW solar project in southern Saskatchewan, which will be a joint partnership between Cowessess First Nation, Elemental Energy and the First Nations Power Authority. 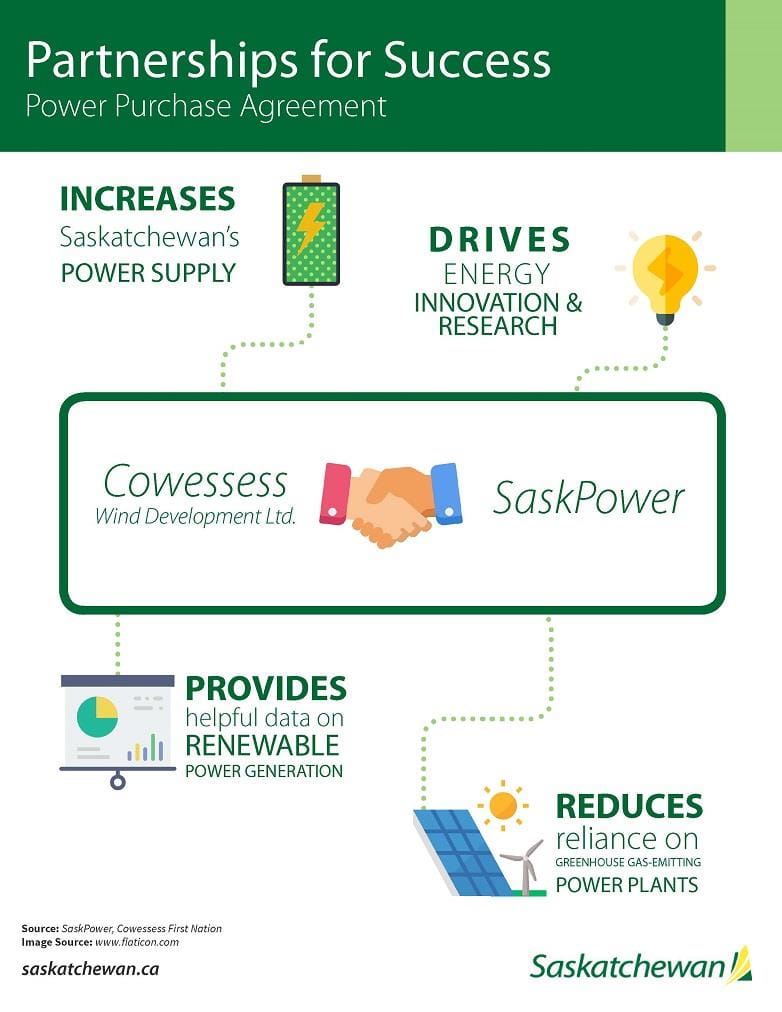